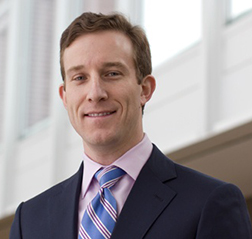 On January 4, 2016, the TIAA-CREF Institute announced that Raj Chetty, John N. Friedman, Soren Leth-Petersen, Torben Heien Nielsen, and Tore Olsen won the 20th annual TIAA-CREF Paul A. Samuelson Award for Outstanding Scholarly Writing on Lifelong Financial Security. The five awardees were honored for their paper, “Active vs. Passive Decisions and Crowd-out in Retirement Savings Accounts: Evidence from Denmark.” The study uses an extraordinary set of 41 million data points from residents of Denmark to analyze the impact of policies designed to increase savings and compare those that require active or passive choice by the saver.

The researchers underscore the importance of automatic contribution policies in influencing the behavior of passive savers -- particularly those who are paying the least attention to saving for retirement. The authors believe that these conclusions are applicable in the United States as well due to similarity in behavior between Danish and American savers.

"Named in honor of Nobel Prize winner and former CREF trustee Paul A. Samuelson, this prestigious award is presented by the Institute annually to recognize an outstanding research publication that can help advance Americans’ lifelong financial wellbeing. The winner is chosen by an independent panel of judges – consisting of Institute Fellows and previous award winners – and receives a $10,000 cash prize."