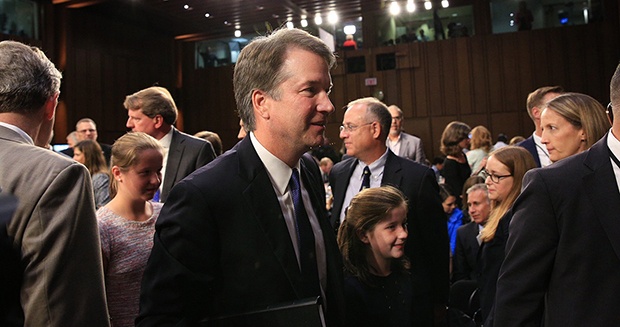 Brett Kavanaugh during the Congressional hearing.

Corey Brettschneider, Professor of Political Science, appeared in the Brett Kavanaugh hearings this week, when Delaware U.S. Sen. Chris Coons asked to put this article by Brettschneider in the record as part of his case against President Trump's nominee.