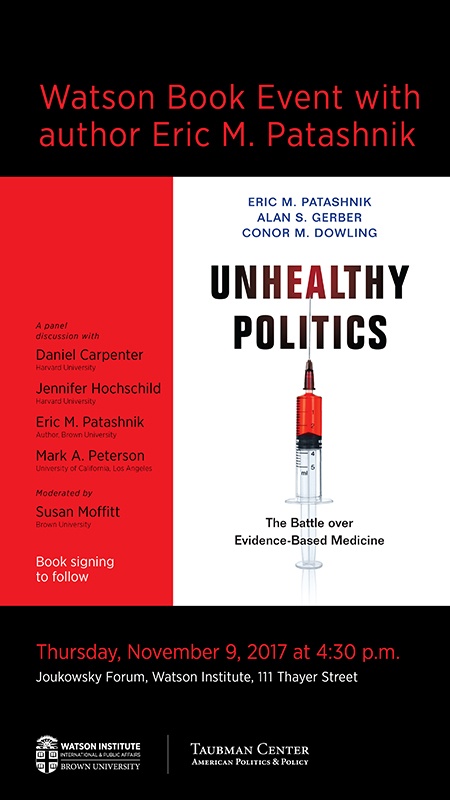 The U.S. medical system is touted as the most advanced in the world, yet many common treatments are not based on sound science. Treatments can go into widespread use before they are rigorously evaluated, and every year patients are harmed because they receive too many procedures—and too few treatments that really work. Unhealthy Politics sheds new light on why the government’s response to this troubling situation has been so inadequate, and why efforts to improve the evidence base of U.S. medicine continue to cause so much political controversy and public trepidation.

This critically important book draws on public opinion surveys, physician surveys, case studies, and political science models to explain how political incentives, polarization, and the misuse of professional authority have undermined efforts to tackle the medical evidence problem and curb wasteful spending. It paints a portrait of a medical industry with vast influence over which procedures and treatments get adopted, and a public burdened by the rising costs of health care yet fearful of going against “doctor’s orders.” The book shows how the government’s efforts to promote evidence-based medicine have become mired in partisan debates. It also proposes sensible solutions that can lead to better, more efficient health care for all of us.

Unhealthy Politics offers vital insights not only into health policy but also into the limits of science, expertise, and professionalism as political foundations for pragmatic problem-solving in American democracy.

Co-sponsored by Taubman Center for American Politics and Policy