Senator Carl Levin: Getting to the Heart of the Matter 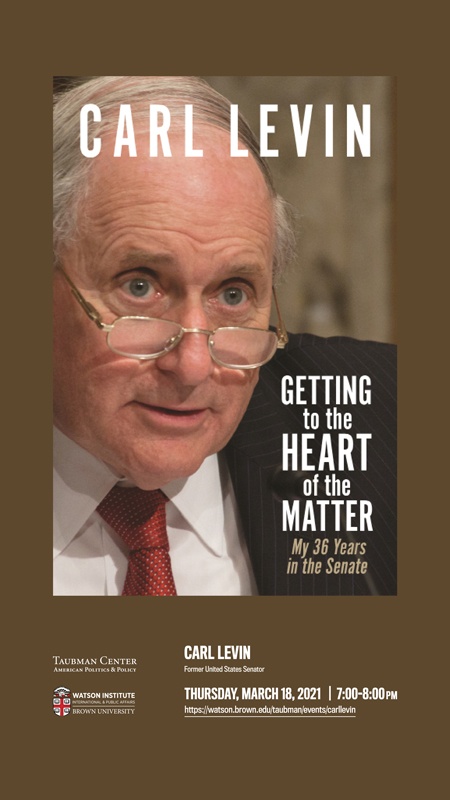 Former U.S. Senator Carl Levin will discuss his newly published memoir, Getting to the Heart of the Matter: My Thirty-Six Years in the Senate. Senator Levin represented Michigan in the Senate from 1979 until 2015, making him the longest serving senator in Michigan history.

Senator Levin rose to serve as chair of the powerful Armed Services Committee and also chaired the Permanent Subcommittee on Investigations. He played an important role in a wide-range of events from 9/11 to the financial crisis and the wars in Iraq and Afghanistan.

He will discuss current events including the attack on the U.S. Capitol, the impeachment and acquittal of former President Donald Trump as well as his thoughts, experience and actions regarding many of the historic moments recounted in his memoir. The moderator for the program will be Interim Director of the Taubman Center, Professor Richard Arenberg.