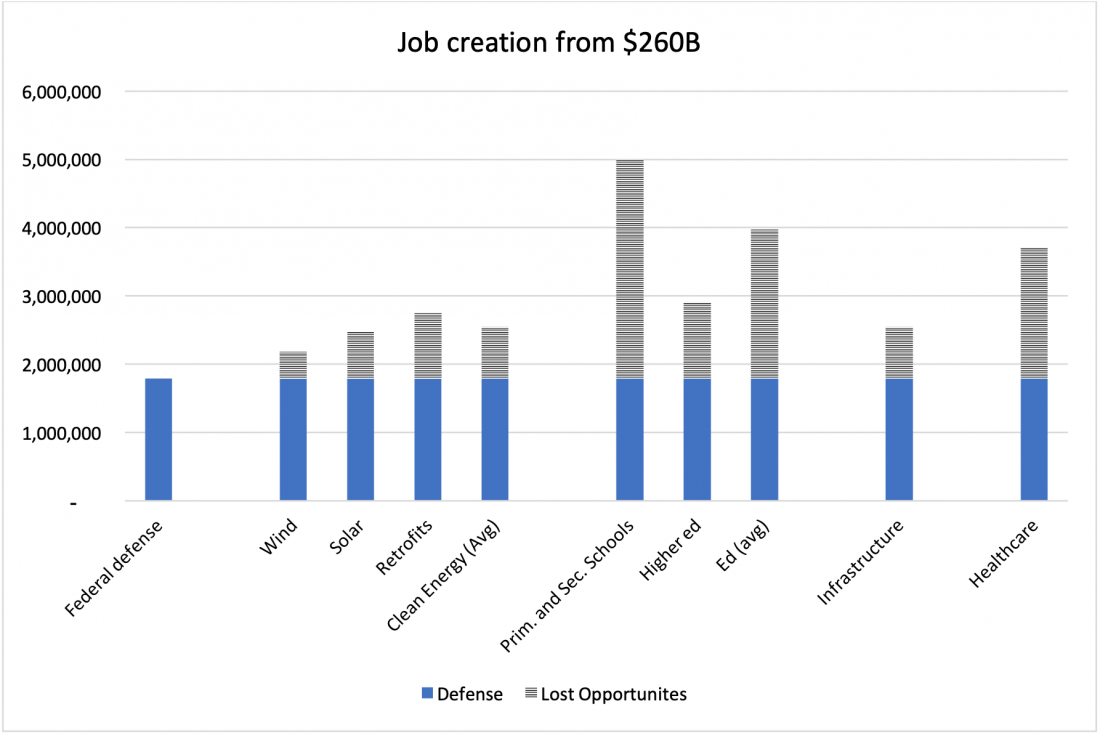 Data from War Spending and Lost Opportunities (2019) by Heidi Peltier.

Military spending by the federal government is often considered a vital support to employment and economic recovery.

There are three reasons why this is the case. Industries such as education and clean energy are more labor-intensive. For a given level of spending, more of those dollars go toward hiring workers and less on equipment and materials. Also, a greater percentage of spending in education, health care, and clean energy construction stays within the U.S., creating more domestic jobs. Military personnel spend more of their earnings abroad and foreign contractors and employees get some portion of Pentagon spending.  Finally, since wages and benefits are lower in those sectors than they are for military contractors and personnel on average, the same amount of money hires more people in those non-military sectors.

As a result, if over the years 2001-2019 the U.S. had not been at war but instead had channeled resources into expanding the clean energy industry, broadening health care coverage, and increasing educational opportunities, between 1.4 and 3 million more jobs would have been created, reducing unemployment significantly.