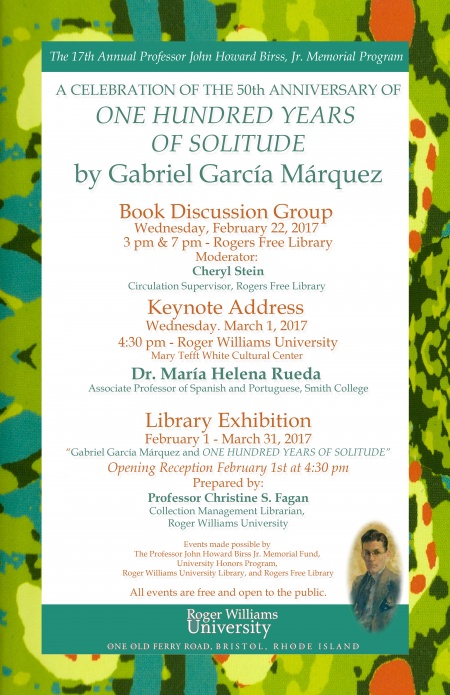 As part of the 17th Annual Professor John Howard Birss, Jr. Memorial Lecture Series and Library Exhibition, “Gabriel García Márquez and ‘One Hundred Years of Solitude’” commemorates the 50th anniversary of the publication of his major work of literature. The exhibition is open daily through March 31 during the library's operating hours. Items are on display courtesy of the Harry Ransom Center at the University of Texas at Austin, Redwood Library and others.

• First edition of English translation of One Hundred Years of Solitude published in America by Harper & Row (1970).

• First edition of English translation of One Hundred Years of Solitude published in England by Jonathan Cape (1970).

• Facsimile correspondence with President Clinton, Salman Rushdie and others.

• Facsimile photographs with family and friends, including Fidel Castro and Robert Redford.