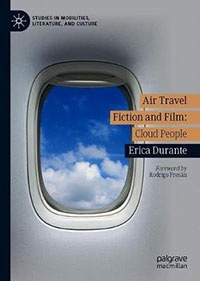 Air Travel Fiction and Film: Cloud People
Air Travel Fiction and Film: Cloud People explores how, over the past four decades, fiction and film have transformed our perceptions and representations of contemporary air travel. Adopting an interdisciplinary approach, the book provides a comprehensive analysis of a wide range of international cultural productions, and elucidates the paradigms and narratives that constitute our current imaginary of air mobility. Erica Durante advances the hypothesis that fiction and film have converted the Airworld―the world of airplanes and airport infrastructures―into a pivotal anthropological place that is endowed with social significance and identity, suggesting that the assimilation of the sky into our cultural imaginary and lifestyle has metamorphosed human society into “Cloud People.” In its examination of the representations of air travel as an epicenter of today’s world, the book not only illustrates a novel perspective on contemporary fiction, but fills an important gap in the study of globalization within literary and film studies. 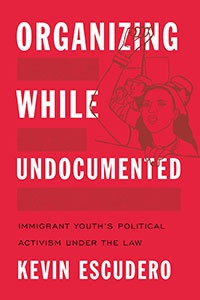 Drawing on more than five years of research, including interviews with undocumented youth organizers, Escudero focuses on the movement’s epicenters―San Francisco, Chicago, and New York City―to explain the impressive political success of the undocumented immigrant community. He shows how their identities as undocumented immigrants, but also as queer individuals, people of color, and women, connect their efforts to broader social justice struggles today. 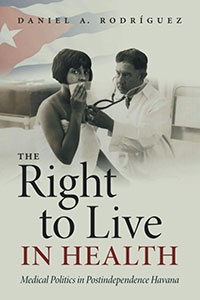 The Right to Live in Health: Medical Politics in Postindependance Havana
Daniel A. Rodriguez's history of a newly independent Cuba shaking off the U.S. occupation focuses on the intersection of public health and politics in Havana. While medical policies were often used to further American colonial power, in Cuba, Rodriguez argues, they evolved into important expressions of anticolonial nationalism as Cuba struggled to establish itself as a modern state. A younger generation of Cuban medical reformers, including physicians, patients, and officials, imagined disease as a kind of remnant of colonial rule. These new medical nationalists, as Rodriguez calls them, looked to medical science to guide Cuba toward what they envisioned as a healthy and independent future.

by Prof. Daniel A. Rodriguez 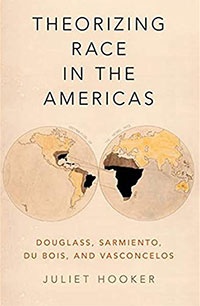 Theorizing Race in the Americas
In 1845 two thinkers from the American hemisphere--the Argentinean statesman Domingo Faustino Sarmiento, and the fugitive ex-slave, abolitionist leader, and orator from the United States, Frederick Douglass--both published their first works. Each would become the most famous and enduring texts in what were both prolific careers, and they ensured Sarmiento and Douglass' position as leading figures in the canon of Latin American and U.S. African-American political thought, respectively. But despite the fact that both deal directly with key political and philosophical questions in the Americas, Douglass and Sarmiento, like African-American and Latin American thought more generally, are never read alongside each other. This may be because their ideas about race differed dramatically. Sarmiento advocated the Europeanization of Latin America and espoused a virulent form of anti-indigenous racism, while Douglass opposed slavery and defended the full humanity of black persons. Still, as Juliet Hooker contends, looking at the two together allows one to chart a hemispheric intellectual geography of race that challenges political theory's preoccupation with and assumptions about East/West comparisons, and questions the use of comparison as a tool in the production of theory and philosophy.