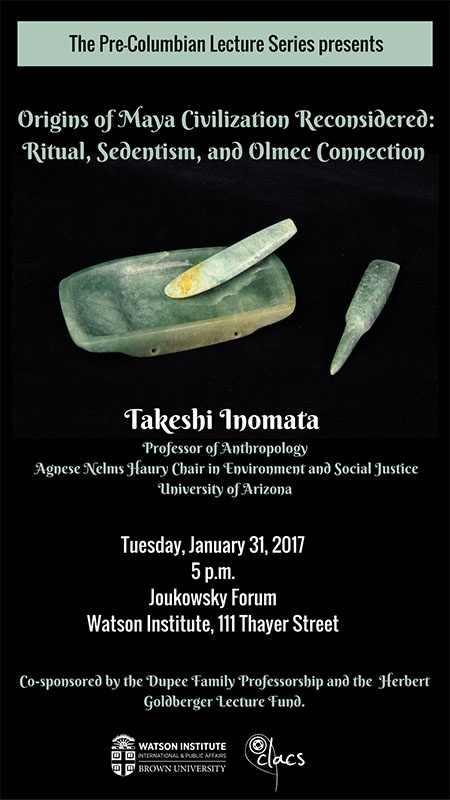 There is a growing understanding that substantial ceremonial centers may have emerged before the full establishment of sedentism in some areas of the world. Public events held at those ceremonial locations possibly constituted critical mechanisms for the growth of communities and the transformation of social organization. Recent investigations in the Maya lowlands have provided important information in this regard. Our research at Ceibal, Guatemala, revealed a formal ceremonial complex that was built at the onset of this community around 1000 BC. For the following several centuries, different levels of residential mobility and diverse subsistence practices probably coexisted in this area. While interactions with other regions likely played a central role in this process of social change, our chronological studies show that the ceremonial space of Ceibal was established before the Olmec capital of La Venta became a dominant center. Thus, the initial development of this Maya community cannot be explained in terms of direct influence from Olmec civilization. These data shed light on complex relations between ritual, subsistence, and inter-regional interaction at the dawn of Maya civilization.

Co-sponsored with the Pre-Columbian Lecture Series.