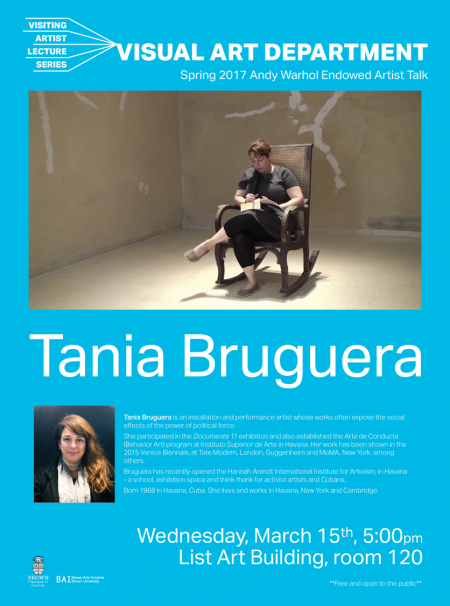 Artist and social activist Tania Bruguera will deliver a Visiting Artist Lecture hosted by the Department of Visual Art. Through her work, Bruguera spotlights repressive governments and societal systems, most recently touching on the Cuban Revolution and immigrant rights. Her work has been praised, but also reprimanded by governments. As early as 2014, Bruguera was arrested by the Cuban government for attempting to organize a performance that invited people to express their visions for Cuba in Havana’s Revolution Square.