After the Raid: The Dutch and the Post-1683 Slave Trade to Veracruz 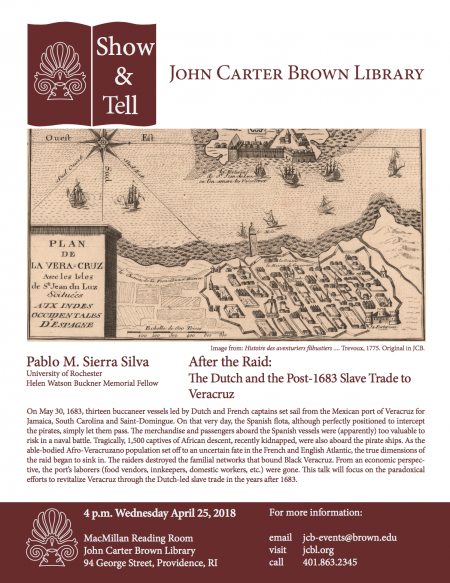 On May 30, 1683, thirteen buccaneer vessels led by Dutch and French captains set sail from the Mexican port of Veracruz for Jamaica, South Carolina and Saint-Domingue. On that very day, the Spanish flota, although perfectly positioned to intercept the pirates, simply let them pass. The merchandise and passengers aboard the Spanish vessels were (apparently) too valuable to risk in a naval battle. Tragically, 1,500 captives of African descent, recently kidnapped, were also aboard the pirate ships. As the able-bodied Afro-Veracruzano population set off to an uncertain fate in the French and English Atlantic, the true dimensions of the raid began to sink in. The raiders destroyed the familial networks that bound Black Veracruz. From an economic perspective, the port’s laborers (food vendors, innkeepers, domestic workers, etc.) were gone. This talk will focus on the paradoxical efforts to revitalize Veracruz through the Dutch-led slave trade in the years after 1683.