Caracas’s Parque Central: The Architecture of the Venezuelan Violent State 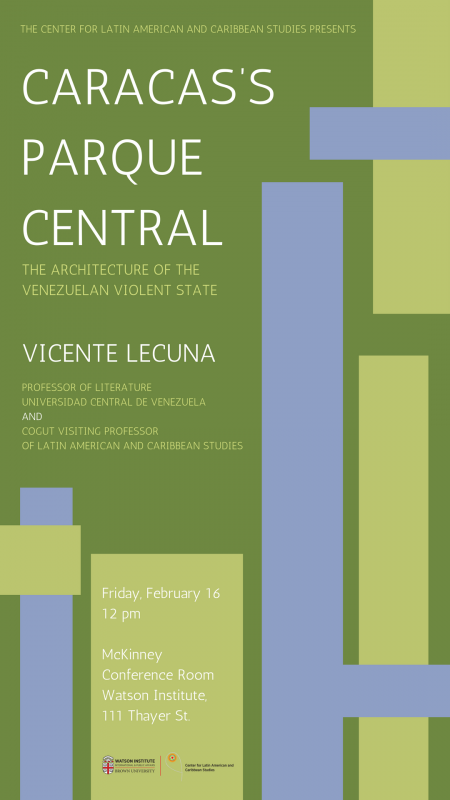 Vicente Lecuna, Craig M. Cogut Visiting Professor of Latin American Studies, is an Associate Professor at Universidad Central de Venezuela where he served as Chair (2008-2015), and the Executive President of the Board of Prodiseño, School of Visual Communication. He researches and publishes on topics ranging from populism and violence to urban design and contemporary narratives in Latin America. Since 2015 Lecuna’s research concentrates on the construction of space, specifically on the architecture of the Venezuelan violent state through Parque Central, a massive residential and commercial complex built in downtown Caracas in the 1970s. Focusing on cultural production such as literature, photography, visual artwork, film, music, and theater that relate to or represent Parque Central, Lecuna shows that this particular complex functions as a living symbol of state-sponsored middle-class creation. During the spring 2018 semester he is teaching a course titled “Latin American Urban Interventions” (LACA 1503J).