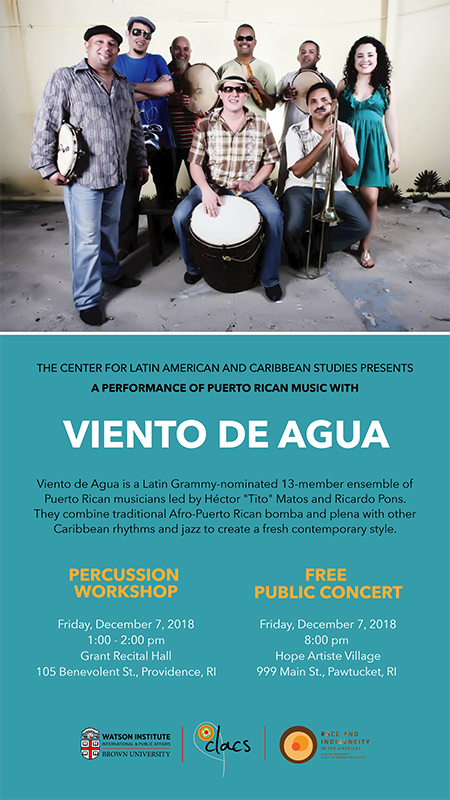 Join us for a percussian workshop with Puerto Rican band Viento de Agua. The event is free and open to the public!