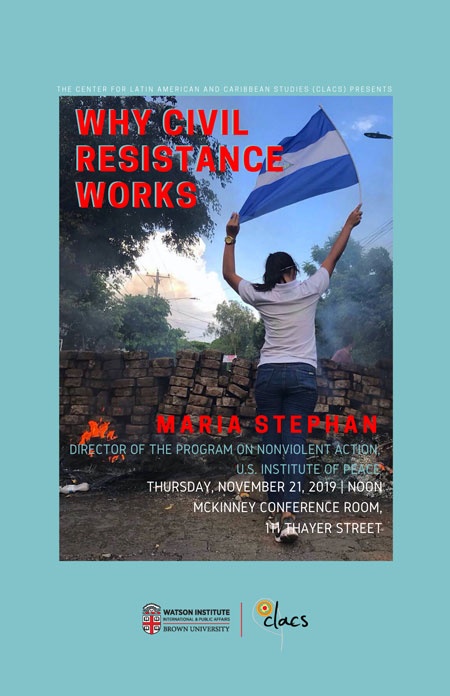 Maria J. Stephan directs the Program on Nonviolent Action at the U.S. Institute of Peace, which conducts research, training & education, and informs policymakers on the roles played by civil resistance and people power movements in advancing human rights and sustainable peace. Stephan is a leading expert on civil resistance, authoritarianism, and conflict transformation whose career has straddled the academic, government, and non-governmental sectors.

Stephan is the co-author of Why Civil Resistance Works: The Strategic Logic of Nonviolent Conflict (Columbia University Press, 2011), which was awarded the 2012 Woodrow Wilson Foundation Prize by the American Political Science Association for the best book published in political science and the 2012 University of Louisville Grawemeyer Award for Ideas Improving World Order. She is the co-author of Bolstering Democracy: Lessons Learned and the Path Forward (Atlantic Council, 2018); the co-editor of Is Authoritarianism Staging a Comeback? (Atlantic Council, 2015); and the editor of Civilian Jihad: Nonviolent Struggle, Democratization and Governance in the Middle East (Palgrave, 2009). Her articles have appeared in the New York Times, Washington Post, Foreign Policy, Foreign Affairs, Defense One, War on the Rocks, and NPR.