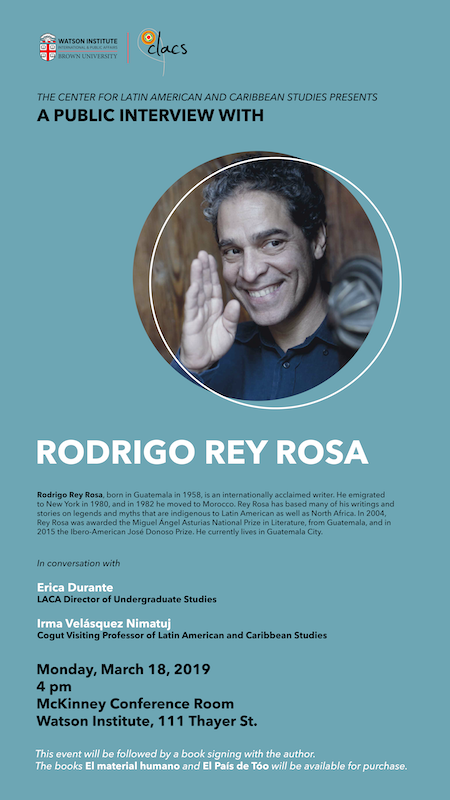 Rodrigo Rey Rosa was born in Guatemala in 1958. Not a lot is known about Rey Rosa’s professional life until after he emigrated to New York after finishing his studies in Guatemala. Rey Rosa has based many of his writings and stories on legends and myths that are indigenous to Latin American as well as North Africa. Out of all of his works, there have only been four that have appeared in the English language, which include; The Path Doubles Back, Dust on her Tongue, The Beggar’s Knife, and the New Directions publication of The Good Cripple (translated by Esther Allen). In the early 1980s, Rey Rosa went to Morocco and became a literary protege of American expatriate writer Paul Bowles, who later became on of Rey Rosa’s English translators. When Bowles died in 1999, Rey Rosa became an executor of his literature works. He currently lives in Guatemala City.