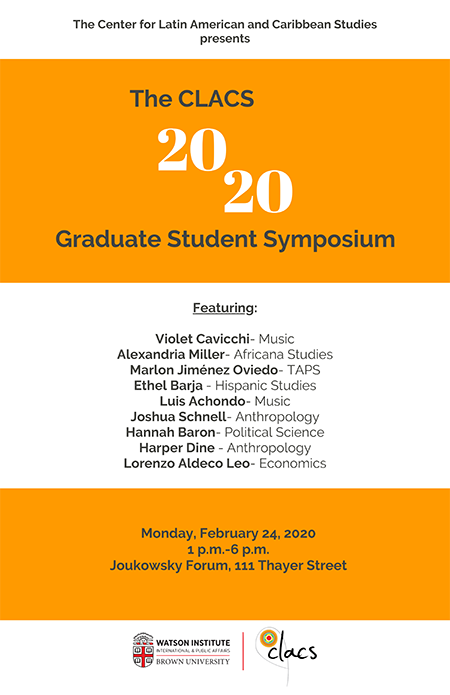 A Cry for Palestine: Vocal Practice and Imaginaries of Palestinian-ness among Chilean Soccer Supporters of Club Deportivo Palestino

Palestino is a soccer team founded in 1916 by Palestinian immigrants in Chile—home to the largest Palestinian community outside the Arab world. Though originally envisioned as a space where Arabs could socialize, Palestino is now followed by Palestinian-Chileans and non-Arabs alike. A group of supporters with no Palestinian heritage known as Los Baisanos (a mispronunciation of paisanos, that is, countryfolk) constitute the most boisterous section of the team’s fanbase. Like other Latin American supporters, they cheer Palestino through Argentine-derived soccer chants and fan practices. Drawing on ethnographic material from long-term fieldwork in Chile and Argentina, this paper examines how Los Baisanos conceptualize their sonic practices. I argue that they imagine sound practice as simultaneously supporting and relying on Palestine, Palestinians, and their cause for self-determination. Understanding sound as a source and expression of power, they believe they can affect others through their fan behaviors. However, they not only seek to positively influence players through their practices but also Palestinians in Chile and abroad. This message is neither enacted nor expressed through lyrics but rather via vocal practice. But if they support Palestine through the force, power, and intensity of their vocalizations, they also conceive of Palestinian identity as a source of strength and resilience—diacritics they seek to internalize through vocal practice in order to construct a steadfast, resistant self. This conceptualization interweaves tropes of soccer fandom with imaginaries of Palestinian-ness in Chilean society. All in all, this paper contributes to ethnomusicological approaches to the role of the voice in impersonating otherness and staging political messages.

We study the effects of drug-related violence on internal migration in Mexico between 1995 and 2015. High homicide rates after 2007 reduced net migration into violent municipalities. This effect is driven by lower inflows, consistent with a high homicide rate being a disamenity, and with large migration costs. The variation generated by cartel conflict over drug routes identifies causal estimates of violence on migration. To quantify the effect of high homicide rates on migration across Mexico’s system of cities, we estimate a spatial equilibrium model following Diamond (2016). We find those unskilled workers are the most affected, and are willing to accept wages 1\% lower to decrease the homicide rate by 3\%, and must receive wages at least 70\% larger at destinations to be willing to move. Most welfare costs are driven by losses incurred by inframarginal individuals who stay in now-violent municipalities. The estimated welfare loss in partial equilibrium is equivalent to around $1.4 \%$ of GDP per year in 2010. Large moving costs play a central role, as individuals have few chances to substitute away from a worsened local environment. General equilibrium effects decrease welfare further, as destination wages decrease with population inflows. We estimate an elasticity of local labor demand of .89 and find that general equilibrium effects had negligible welfare consequences in the presence of moving costs.

From principles to practice: Methods for increasing the transparency of research ethics in violent contexts

Over the past 20 years, there has been a proliferation of field research involving human participants in contexts affected by political and criminal violence.  The boom of field research in violent contexts has been fueled by a number of important goals championed by different parts of the discipline: the desire to test the “microfoundations” of theories about the causes and consequences of public conflict, the growing demand for research designs that identify causal claims, and concerns that the voices of people affected by conflict should be represented in scholarship. Most importantly, the proliferation of field research in conflict areas is driven by a desire to use high-quality research to inform the design of better policies to mitigate and prevent violence. Yet the fact that many researchers have good intentions clearly does not imply that doing research on violence and repression is ethical. Many of the leading researchers conducting fieldwork in violent contexts have written about the ambiguity of ethical decisions in violent contexts. In this paper, we describe practices that we have used in research on repression and violence in Mexico and Zimbabwe to improve and assess research ethics practices in four key areas. The first family of practice describes better-documenting risk assessments and evaluations of the potential harms and benefits of research in violent contexts. The second family of practice concerns mitigating the risk of distress, lasting negative emotions, and at an extreme re-traumatization. The third highlights ways to empirically address the adequacy and appropriateness of the informed consent process. And the fourth considers the challenge of monitoring for forms of coercion or retribution during and after project implementation. The overarching goal is to make research ethics more transparent and empirical, so that it becomes a more standard part of the review process and is seen as a rich area for additional methodological research that will help us come up with increasingly robust practices.

I will explore a selection of poems from the poetry collection Diario que a diario [Daily Diary] (1972) by Nicolás Guillén, that portrays key facts and curious events from different moments of Cuban history, and Parajes de una época [Places of an era] (1979) by Nancy Morejón, a book with a lyric and historical motivation. Considering Mandy Bloomfield notion of archaeopoetics, that she defines as a corporealization of erased traces of history that aesthetically perform epistemological questioning using procedures that resemble an archaeological method, my the approach analyzes the aesthetic possibilities that emerge in the context of the Cuban Revolution, and studies the crossing of poetic concerns, revolutionary will, poetic form and the notion of time in such moment. I particularly analyze the anachronic procedure that enables ancient memory about slavery and black identity to dynamize the Cuban present, and that builds a poetic gaze with historical drives. I argue that the construction of trans-historic poetic motifs configures an alternative archive to history to provide a poetic account from a perspective influenced by the Cuban Revolution and transnational concerns about race identity present in pieces like The Black Book (1974) by Toni Morrison.

This presentation addresses changing contexts of carnival musical performance in light of the increasing availability of social media. Young migrants experience imperatives to participate in new media with candid videos of carnival songs. These videos become an avenue for them to performatively constitute gendered, localized identities. These videos shift the context of carnival performances from a relatively guarded, insider space to one that is available for different audiences, social settings, and expectations. I argue that women use musical performances that challenge expectations about courtship and foreground intimacy among women singers to manage these contexts.

Global But Not Always Mainstream: the Movements of Voguing in Neoliberalism

This paper examines the neoliberal modes of communication and capital circulation that sustain the movements of Ballroom Culture across the world. The paper demonstrates that the black and brown LGBTI underground culture has gone mainstream and global, two distinct kinds of movement, one from underground to the public under the purview of the state, and the other from local to global facilitated by neoliberalism. This paper expands on work that positions Ballroom Culture as a disidentificatory social performance that creates worlds for anti-normative sexuality and Blackness outside of liberal politics. Through ethnographic observations of workshops and balls in Costa Rica and Mexico, I identify the ways that Ballroom Culture reverberates in the ways people live and construct gender and sexuality, and creates techniques of a global movement that resist commodification and the flattening of the black LGBTI sociohistorical contexts that originated it. Nevertheless, I argue that disidentification as a survival strategy does not always negate the logic of coloniality that places the state’s order in the service of racial capitalism, and that Ballroom Culture does not always maintain a critical distrust against mainstream misrepresentations.

"No Woman, No Cry": Jamaican Reggae Beyond the Margins

In Jamaican music history, reggae of the 1970s is hailed as a prolific period of self-representation, intellectual critique, and social history for the island’s Black population. The genre's lyrics and instrumentation signified Black Power and anti-imperialism and shaped local and international Black uprisings. Despite reggae's immense contribution, little has been done to complicate its overwhelmingly masculine presentation in the historical record. In this analysis, I investigate reggae's limited historiography and emphasize the roles of women and gender during the period of national and international Black Power.

“Thy Teeth Will Have To Come Out:” Identifying Ancient Maya Dental Treatments in the Archaeological Record

Over the past century, dentistry in the form of cosmetic dental modifications has been a consistent and pervasive element of archaeological research on the ancient Maya. Elaborate traditions of filing the teeth and inlaying precious stones into the outer surfaces of teeth have become the quintessential image of “Maya dentistry.” However, this study of aesthetic procedures has overshadowed the study of the therapeutic and hygienic aspects of ancient Maya dentistry which have received comparatively little attention despite archaeological, iconographic, and textual evidence attesting to the importance of oral health. Following the identification of a number of extracted teeth from a marketplace at the site of Piedras Negras in 2017, this project was initiated in order to better understand extraction techniques and explore whether or not other therapeutic interventions were practiced. Since then, evidence for extractions, toothpick use, fillings, caries manipulation, and polishing have all been identified, suggesting that Maya dentistry was much more robust than previously understood and that a preoccupation with oral health permeated nearly all levels of ancient Maya society. This talk presents preliminary findings from an ongoing, broad, and systematic survey of ancient Maya teeth with the goal of identifying the nature, scale, and scope of Maya dental interventions.