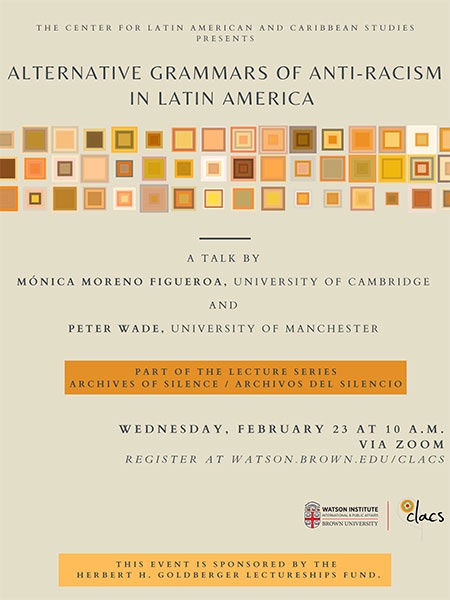 Mónica G. Moreno Figueroa (Guadalajara, 1971) is a Black-mestiza woman, Associate Professor in Sociology and Fellow in Social Sciences at Downing College at the University of Cambridge. She co-leads the Decolonise Sociology Working Group and with Dr Ella McPherson she runs the ‘End Everyday Racism’ project, a web-based platform to report and monitor racism in higher education. From 2017-2021 she was the University Race Equality Co-Champion at Cambridge. Her research focusses on the intersectional lived experience of ‘race’ and racism in Mexico and Latin America; antiracism and academic activism; feminist theory and the interconnections between beauty, emotions and racism. Monica is an award-winning teacher and pioneering advocate of education as a form of social change. Monica's latest research project is a large ESRC funded research project, Latin American Anti-racism in a Post-Racial Age, LAPORA, for which she was the PI together with Prof Peter Wade, on antiracist practices and discourses in Latin America comparing experiences in Brazil, Colombia, Ecuador and Mexico, and from which a book is forthcoming in 2022, edited with Peter Wade, Against racism: organizing for social change in Latin America (Pittsburgh University Press). She has been Chair of the Ethnicity, Race and Indigenous People’s section of the Latin American Studies Association (LASA). Since 2010 she co-leads an organisation, the Collective for the Elimination of Racism in Mexico, COPERA, dedicated to making of racism a public issue.