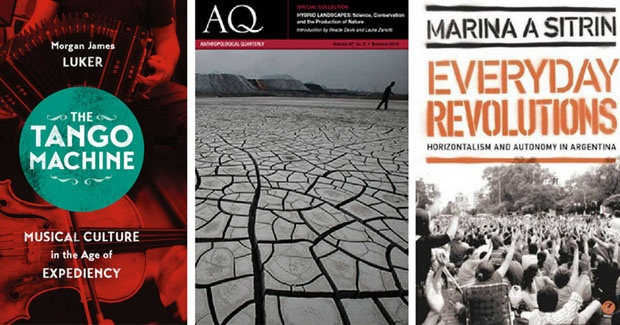 The Center for Latin American and Caribbean Studies (CLACS) is pleased to announce that it has awarded funding to two student/faculty reading groups as part of a new initiative.

The first, which was proposed by Music Department Graduate Student Luis Achondo, will focus on Argentina. Professor James Green submitted the second winning proposal, and it will focus on Brazil.

Each group is required to meet at least four times per academic year in order to read interdisciplinary scholarship, dialogue with invited visitors, and/or workshop participants’ writing. It is expected that groups are open to anyone interested, draw from at least two departments, and have at least 5 regular members including at least one faculty member and one graduate student.

The members of the Argentina Reading Group are:

The members of the Brazil Reading Group are: