Event Debrief: The 2016 Presidential Elections and the Hispanic Vote 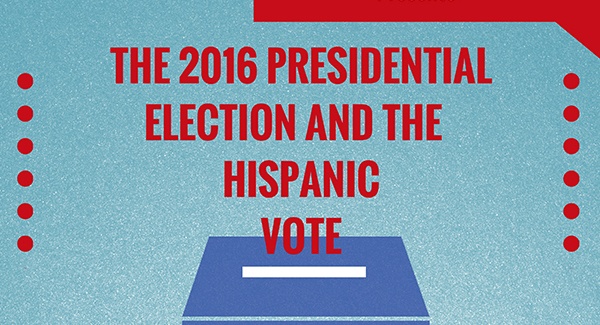 The discussion focused on the growing importance of Latinos in American politics, particularly in relation to Republican frontrunner Donald Trump and his controversial views on immigration and ethnic minorities. Among the topics discussed were the recent surge in registration, changing political inclinations, and beyond-the-booth political participation of Latino voters.

The second largest racial group in the United States, Latinos are often referred to as “sleeping giants” because of their low turnout rate in elections. In comparison to whites and Blacks, whose turnout rate is typically from 60-70%, their participation tends to average from 40-50%. Yet Trump’s antagonizing rhetoric seems to be adding new vigor to mobilization in Latino communities, with states such as North Carolina seeing an impressive surge in the number of Latinos registering to vote. This could have significant effects in swing states such as Colorado, Nevada, and Florida.

Although the political inclinations of Latinos are notoriously hard to predict, Democratic-leaning voters seem to be positioning themselves for a “strong showing,” according to Silber Mohamed. Recent polls indicate “unfavorable” sentiments towards Trump, and a steady change in the political leanings of Cuban-Americans, a longstanding GOP bastion now shifting towards the Democratic Party.

The discussion about the political influence of Latinos was not restricted to the 2016 presidential elections, however. According to Morel, “Donald Trump may really be problematic beyond 2016” for Republicans. In particular, the Wellesley professor expressed interest in the “power of Latino people beyond turnout (and) beyond voter registration.” To illustrate his point, he referenced a protest by a coalition of minority student groups in Chicago last Friday, which resulted in the cancellation of Trump’s speech in the city.

"The 2016 Presidential Elections and the Hispanic Vote" was covered by the Providence Journal in "Brown forum: Latinos seen as 'sleeping giants' in 2016 race" and the Brown Daily Herald in "Hispanic, Latino political scholars discuss election." 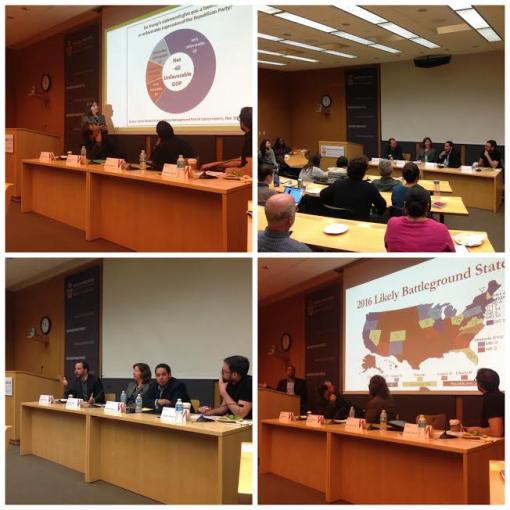 This news piece was written by Oriana Van Praag. Photographs by Seth Stulen.