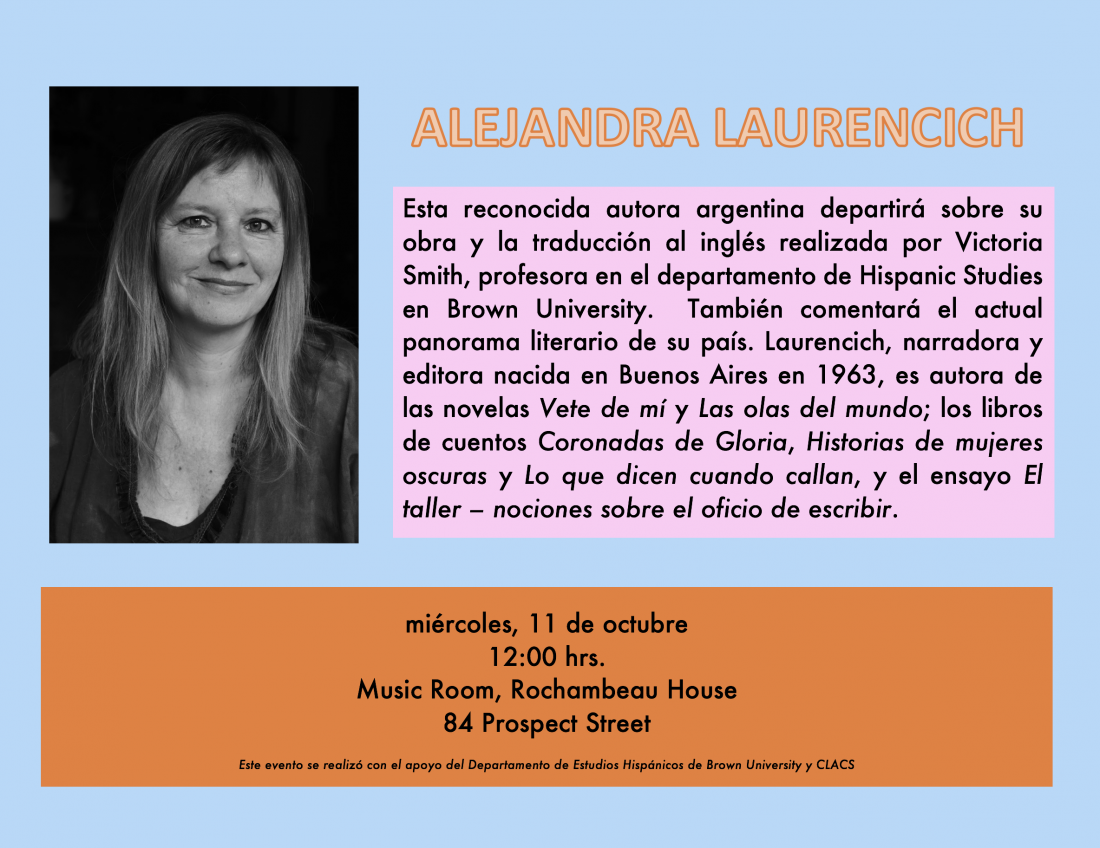 Laurencich is a narrator and editor born in Buenos Aires in 1963. She is the author of the novels Vete de mí (2009) and Las olas del mundo (Alfaguara, 2015), the storybooks Coronadas de Gloria (2002), Historias de mujeres oscuras (2007) and Lo que dicen cuando callan (Alfaguara , 2013) as well as of the essay El taller –nociones sobre el oficio de escribir- (Aguilar, 2014). She is the founder and Editor of Revista Literaria La Balandra - another narrative - (awarded in 2013 for being one of the three best Argentinian cultural magazines by the Fondo Nacional de las Artes. http://la-balandra.com.ar/). Part of her work has been translated into Slovenian, English, German, Portuguese and Hebrew, and it has received awards in Argentina and abroad. Her short stories were chosen study material in various national and international universities. Laurencich has been leading narration seminars and coordinating literary workshops for over twenty years, and she is also a member of PEN Argentina.

Please note the talk will take place in Spanish. Co-Sponsored by the Hispanic Studies Department.