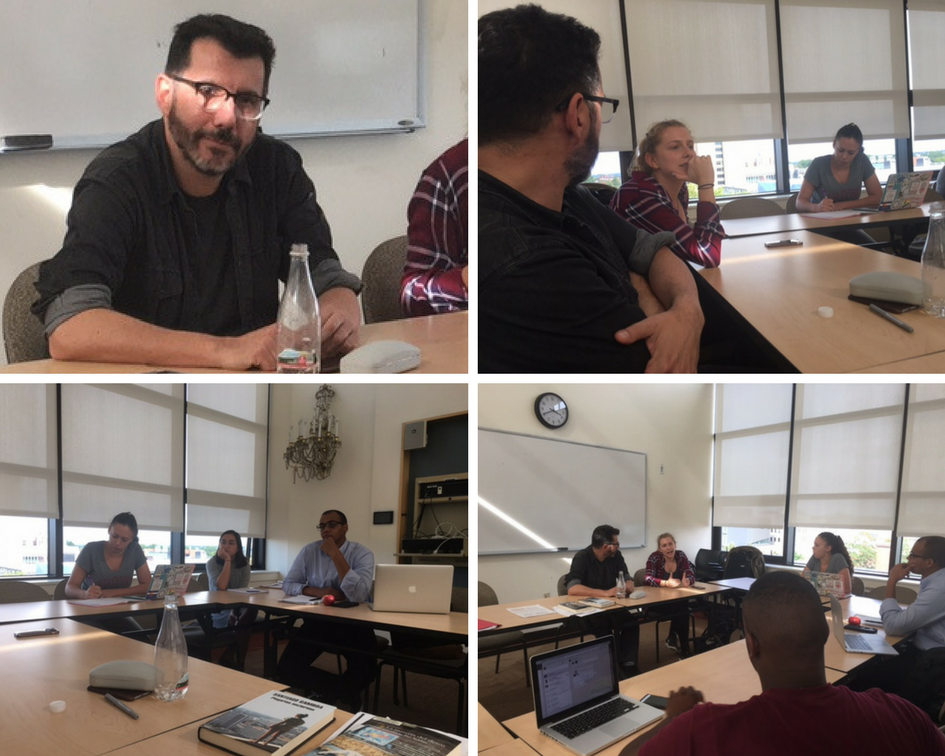 Alberto Fuguet is a Chilean writer currently living and writing in Santiago, and he is considered a central figure to the New Chilean Narrative of the 90’s. Fuguet is one of Chile’s most prominent post-dictatorship authors and is often characterized by his rejection of magical realism. His work is also known for its mix of American and Chilean cultural references. In addition to being an author, Fuguet is also a journalist, film critic, and director.

While studying in Valparaíso, Chile, Grace Monk ’18 read one of Fuguet’s recent novels, No Ficción, published in 2015. No Ficción explores themes of masculinity, sexuality, and labeling, and is written entirely in dialogue, taking place over the course of one conversation between two men, Alex and Renzo. Grace translated a portion of novel for the final project of a translation course at Brown in the spring, playing with the references, innuendo, and banter that make the novel both interesting and challenging to translate. Through various conversations over Skype and e-mail, Fuguet gave Grace comments on the translation and insight into different ways of making the novel work in English.

During Fuguet’s visit to Brown, he met with students and faculty to discuss translation and contemporary Latin American literature. At a discussion organized with the Department of Hispanic Studies, two students read the roles of protagonists Alex and Renzo aloud, assuming the anger, jocularity, discomfort, and emotional investment inherent to the dialogue. The conversation that followed explored the difficulties of translation and the types of language and themes that have been privileged in—or expected from—Latin American Literature.

Fuguet and Grace also visited Professor Erica Durante’s LACA class, Latin American Literature in an Era of Globalization, where students asked questions about what it means to be a ‘Latin American author’ and to write in a way that has often been deemed ‘not Latin American enough’ for US markets. The class explored concepts such as the ‘international novel’ and the essential-ization of different identities within US and international markets for literature, pop culture, and film.