Gregorio Uribe: A Promising Latin American Artist and his Visit to Brown 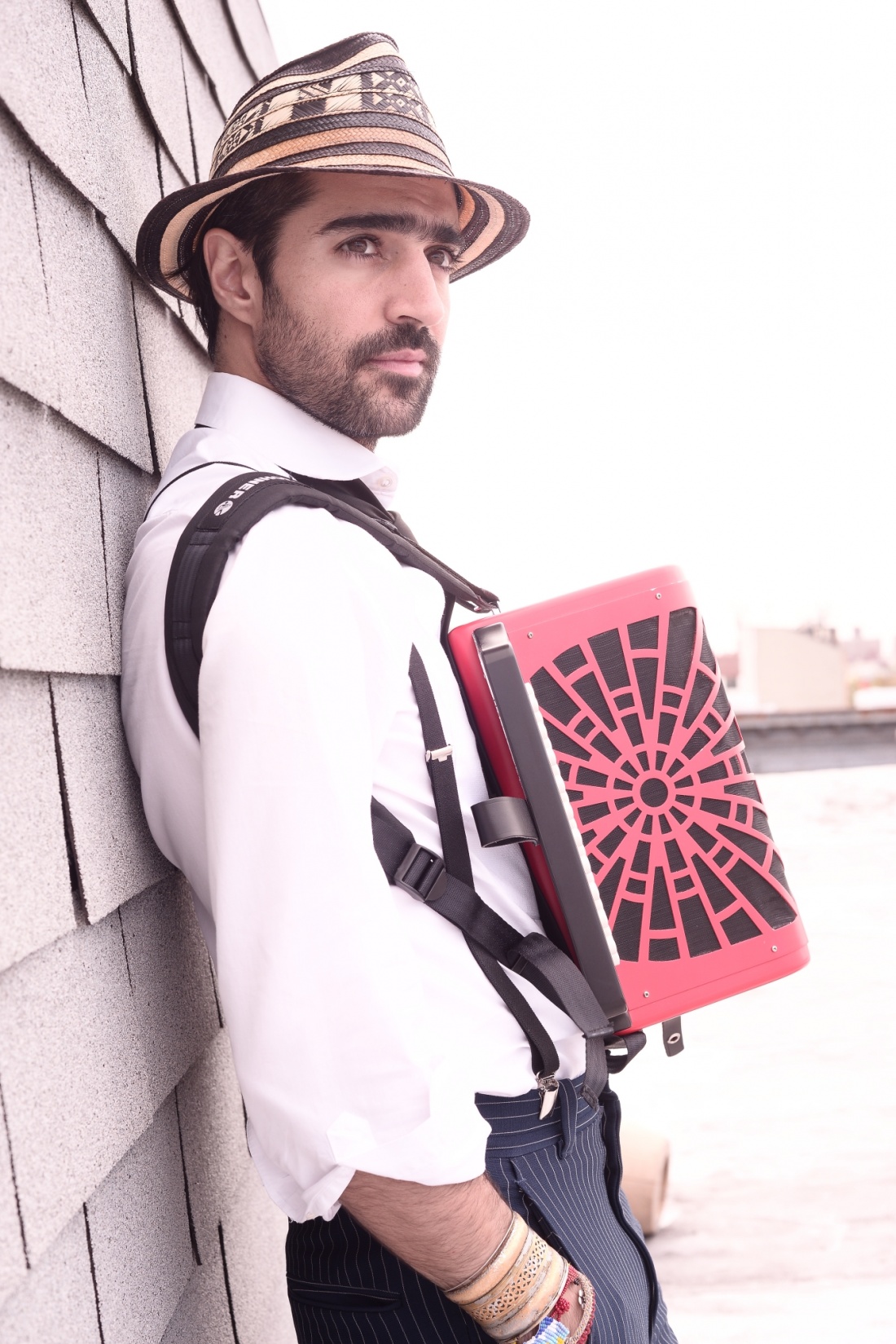 Gregorio Uribe was born and raised in Bogotá, Colombia, where he found a passion for music early on. At the age of 17 he had backpacked around eight South American countries playing a variety of genres, but mostly Vallenato and Bolero. Uribe then attended the Berklee College of Music where he received the Steve Gadd Zildjian Scholarship Award. He graduated in 2007 and has since become a prominent Latin American artist in New York City.

Uribe is the leader of the Gregorio Uribe Big Band, "a 16-piece ensemble that combines Colombian rhythms such as Cumbia and Chandé with funk and powerful Jazz arranging techniques.” Their music is a powerful blend of North and South American tunes, that resembles yet reinvents the music of influential artists such as Juan Luis Guerra and Rubén Blades.

Gregorio Uribe will be joining us here at Brown University for a workshop and a concert, on Friday, November 10th and Saturday, November 11th, respectively.

The workshop "Cumbia: Rhythm, Melody and Dance,” will take place from 12 p.m. to 2 p.m. at the Fulton Rehearsal Hall on Friday, November 10th, 2017. It is co-sponsored by the Music Department and made possible in part by the Marshall Woods Lecturship Foundation of Fine Arts.

The “Twentieth Annual Daniel Milano ’93 Memorial Concert featuring Gregorio Uribe” will be held from 8 p.m. to 10 p.m. at Salomon Hall on Saturday, November 11th, 2017. The event is co-sponsored by the Music Department.