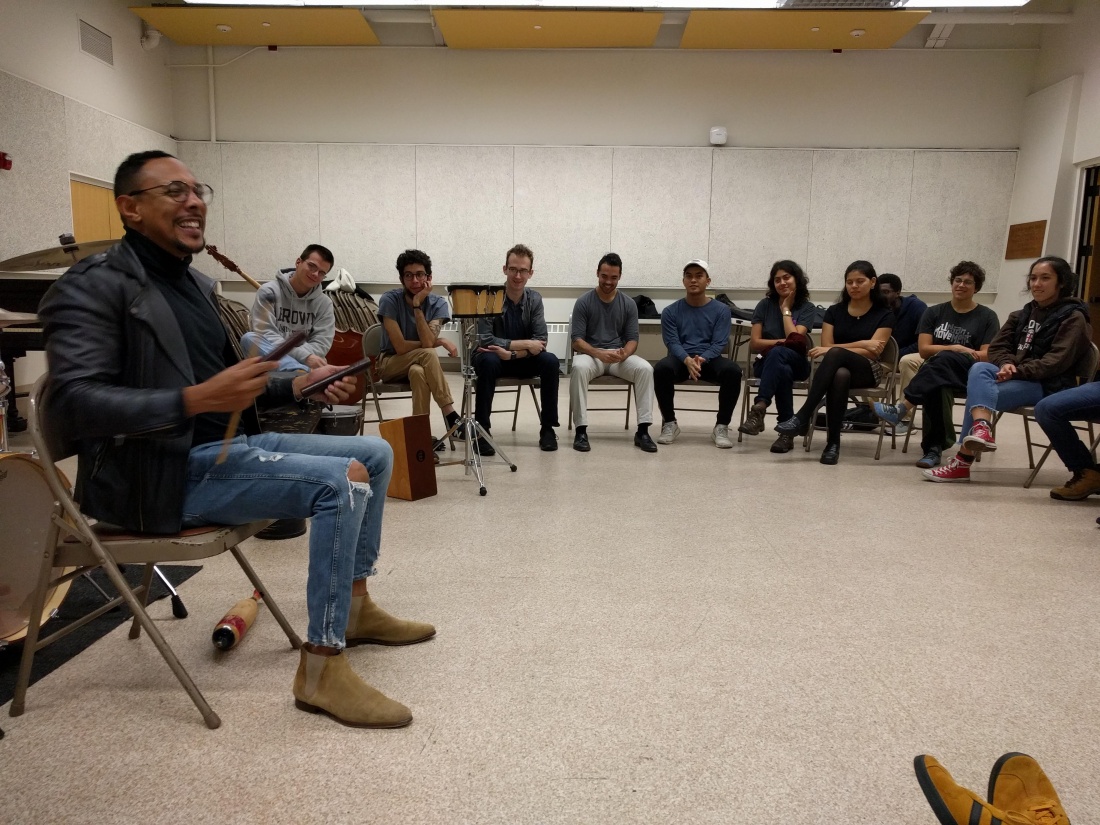 After an opening set by the Brown Jazz Band, Gerardo and the band took to the stage - it wasn't long after they began that audience members stood out of their seats and began dancing. Gerardo thanks both the Center for Latin American & Caribbean Studies as well as the Music Department for co-hosting the event. He also made many remarks encouraging audience members to vote in the midterm elections and support the inclusion of Latinx persons within the United States.