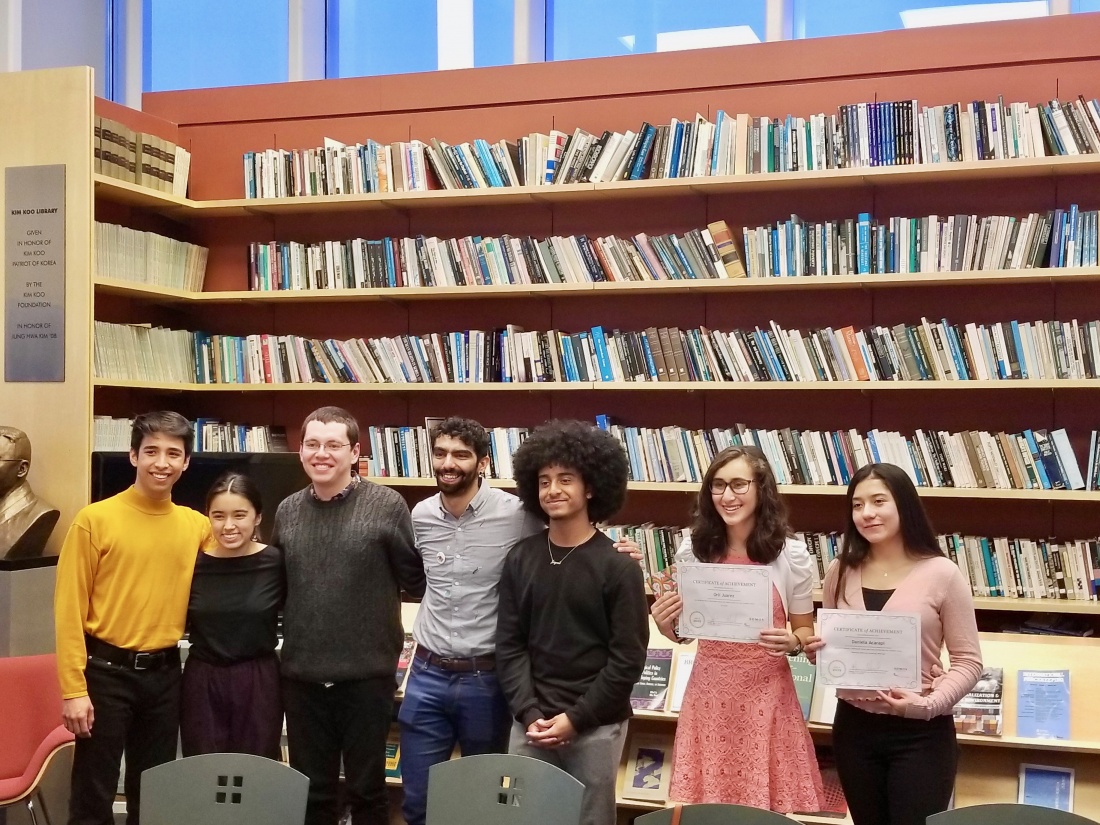 On April 18, 2019, the Sawyer Seminar celebrated the release of the Spring 2019 edition of SOMOS Latinx Literary Magazine at the Kim Koo Library at the Watson Institute. Established in the 1990s, SOMOS is a biannual magazine run by an undergraduate editorial board that publishes poetry, prose, and visual art by Latinx creators and about Latinx experience. It is published in English, Spanish, and Portuguese. As part of the Sawyer Seminar’s arts programming, the CLACS co-sponsored the Spring 2019 issue with the help of Sawyer Seminar Undergraduate Consultant and co-editor in chief of SOMOS Alan Mendoza Sosa.

The special issue explored the themes of race, indigeneity, identity and experience in the Americas and featured a juried competition for local high school students. A call for submissions was circulated to high schools in Providence County soliciting poetry, prose, and visual arts. A jury made up of the SOMOS editorial board selected three prize winners and three honorable mentions, all of whom were recognized at the release party on the 18 th . The three honorable mentions were Neven Bell, Paige Robinson, and Natasha Bansal, and the prize winners were Orli Juarez, Jayson Rodriguez, and Daniela Acarapi Mendoza. Each of the winners received a cash prize and performed their work to a packed audience.