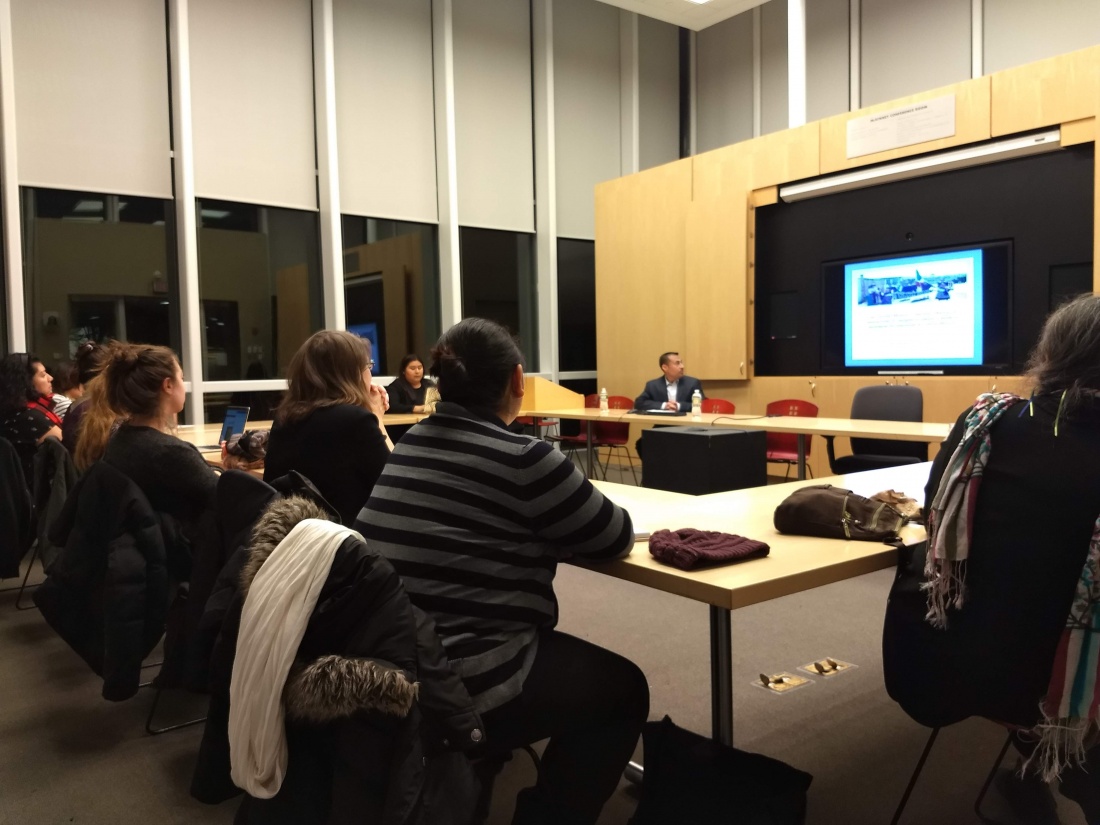 Luis Urrieta, Professor of Cultural Studies in Education at the University of Texas at Austin, presented his research addressing the constructions of indigeneity by mothers seeking education reform in Central Mexico on January 28, 2019. His lecture, entitled “Contested Ethnoracial Constructions of Indigeneity Amidst a Mothers' Movement for Education in Central Mexico,” was introduced by Mellon Sawyer Postdoctoral Fellow Daina Sanchez. It is part of the ongoing Sawyer Seminar Series arranged by CLACS and launches a dynamic program of events for the spring semester.

Urrieta’s talk offered an engaging discussion of the ways that mothers are reclaiming indigenous identity through a movement to improve schools and thereby restructure the meaning of indigeneity. Urrieta shows that this mothers’ movement challenges simplistic understandings of ethnoracial identity that treat Indian and non-Indian identities as dichotomies, and mestizaje as a unidirectional process of de-Indianizing. Instead, these women are reclaiming indigenous identity and creating opportunities for bilingual education in the P'urhépecha language for their children.

The lecture focused on a 2005 movement in the Central Mexican town of San Miguel Nocutzepo in which women took action addressing their concerns about inadequate and abusive teachers. They occupied the local school, built alliances with a school in a neighboring town that offered indigenous education, and sought authorization for an indigenous school in their own town. These women explained their reclaiming of indigenous identity through their ancestral heritage, communality, survival, and co-laboring. Urrieta identified several key conclusions from this movement demonstrating that mothers value education, that control of local institutions can be a strategy for remedying generations of educational neglect, that co-labor (faena) is important to the support and maintenance of schools, and that indigenous women are not passive victims but rather key actors in their communities.