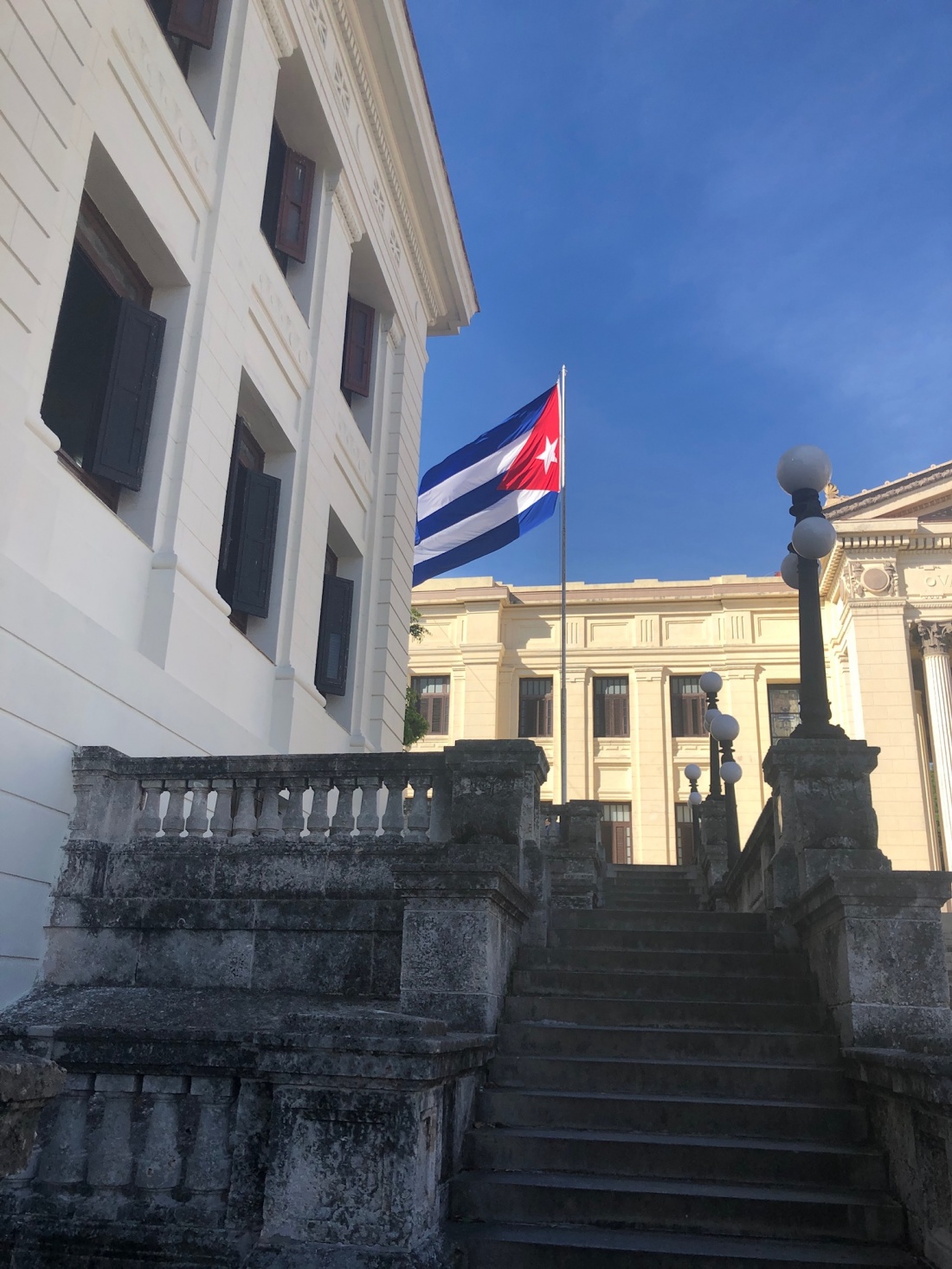 Steps of the University of Havana - Photo Credit to Adriana Rodriguez

Fernando Norat is an upcoming third year PhD student in Caribbean History at Brown, and currently working on the Center's Historical Project Proctorship. As part of this project, he interviewed Professor Esther K. Whitfield, Associated Professor of Comparative Literature and Hispanic Studies.

The Brown in Cuba initiative from CLACS is one of the oldest and continuous Cuban-US exchange programs in the United States.[1] Work started between 2005-2008, under the directorship of Professor James Green. One of the key organizers of the project was Professor Esther Whitfield, who kindly conceded CLACS an interview: “With Professor Green’s collaboration, and committed efforts on the part of Kendall Brostuen, Director of International Programs, and Cuban historian Adrián López-Denis, then a postdoctoral fellow at the Cogut Center for the Humanities, a small group of faculty and students laid the ground for the first, semester-long Brown-in-Cuba program.  The cultural institution Casa de las Américas was selected as the program’s host site, as it had an established reputation for hosting short programs for non-Cuban students as well as considerable visibility within Cuba.”

“The program, from its earliest iterations to the present, has always been greeted with warmth and seriousness on the part of its Cuban hosts.  Even as changes in legislation, and particularly the U.S. trade embargo on Cuba, have affected everything from the availability of supplies to where students can be accommodated to the financial operations of the program, the administrators and instructors in Cuba have done their best to make students’ experiences meaningful and stimulating.  Aside from the experience of living in a context that may be more different from the U.S. than any a student has encountered before, some Brown student groups have been present for events of historical significance: President Obama’s visit to the island in Spring 2016, for example, and, in Fall 2016, the death of (and large-scale public mourning for) Fidel Castro.”

This program, alongside a longer and continuous exchange with Cuban scholars as visiting professors and panelists, make CLACS an important center for fostering important educational connections with Cuba for more than a decade.

[1] The history of sustained Cuban-United States exchange programs is recent, the oldest being Sarah Lawrence College’s, founded on 2001.