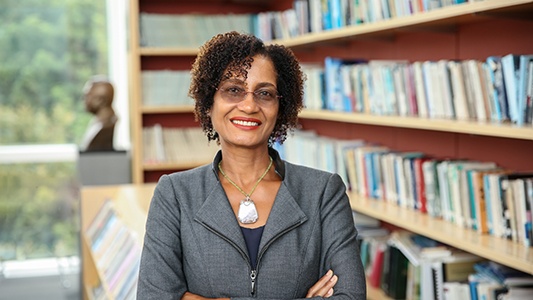 Patsy Lewis, Visiting Professor of International and Public Affairs at Brown, has been appointed Director of the Center for Latin American and Caribbean Studies (CLACS) for a three-year term.

Professor Lewis served as the Interim Director of CLACS for the past academic year. Between July 2017 and June 2019 she served as the Director of the Development Studies undergraduate program at Brown. Before coming to Brown, she was Professor of Regional Integration and Small States Development at the University of the West Indies, Jamaica.