Haiti: A saga of democracy, sovereignty and state rule by Anthony Bogues 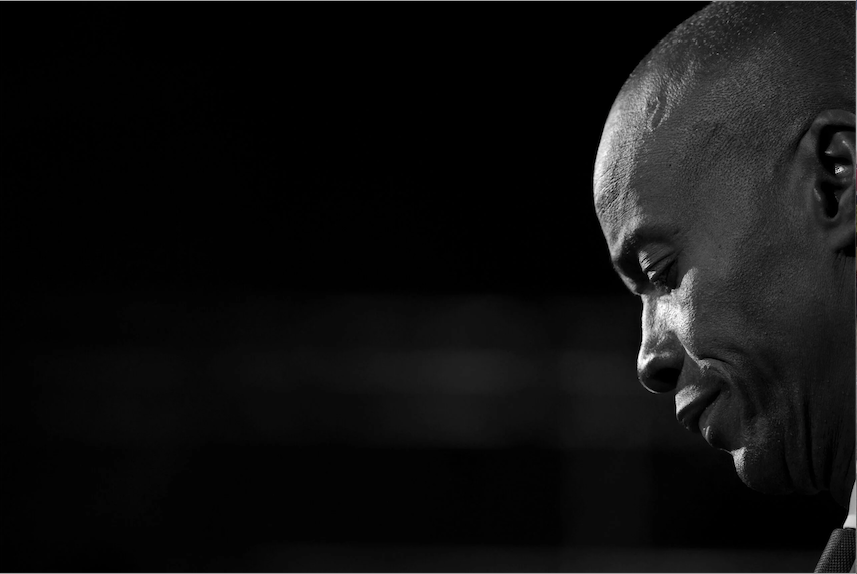 The brutal assassination of Haitian President Jovenel Moïse pitchforked Haiti once again into the world news headlines. The typical condemnation of the political murder of the nation’s leader has been followed by a plethora of news reports and commentary, which often reads like a grisly murder mystery of the whodunit variety.

Stories swirl around whether the mercenary Columbian ex-soldiers who honed their skills in the almost 50 years of counterinsurgency wars of Columbia were hired to protect  Moïse or to murder him.

Some of the late president’s bodyguards, particularly the head of security, Jean Laguel Civil, are to be investigated. Where were they when the murder happened? There are also reports about investigations into the activities of Dimitri Herard, the head of the general security unit at the national palace.

As the political vacuum opens up there has been open jockeying for state political power. The interim prime minister, Claude Joseph, declared martial law and is publicly assailed by another politician, Ariel Henry, who was previously appointed by Moïse but had not yet assumed office.

The character of the reporting, the at times subtle and other times open calls by elites internally and externally for foreign intervention reinforces the Western image of Haiti that was first created in the aftermath of the dual Haitian revolution, of a black country unable to govern itself. So powerful is this image that many thoughtful, progressive individuals outside of Haiti quietly say to themselves, “Ah, Haiti!”

Yet in this moment we need to recall context. Events are never devoid of history. They carry within themselves seeds of the past.

A history of political violence and instability

So, it is not that there is no history of political violence and formal state instability in Haiti. Political leaders have been assassinated before, of whom Jacques Dessalines was perhaps the most important. He was killed in 1806 after defeating the French army and leading the colony of Saint-Domingue to political independence in 1804. What has been unsettled in Haiti for hundreds of years, and is at stake now as well, have been the issues of sovereignty and democracy.

Sovereignty has a long history in Haiti but it has two aspects to it. The dual Haitian revolution (first against racial slavery and then the national liberation war for political independence) occurred between 1801 and 1804. In this revolution the radical abolition of racial slavery consolidated by Toussaint L’Overture’s 1801 constitution created a historic breach oft the then-dominant world order of the European colonial order and the social system of racial slavery.

Years later, in the 1830s, to achieve formal international recognition as a state, the Haitian political class had to pay to France more than $20-billion in the form of a French demand for “reparations” of property lost during the revolution, including the bodies of slaves. This demand bankrupted the Haitian treasury.

If the dual revolution ended slavery and created the first black independent state in the Americas, it did not open a democratic space. There are many possible reasons, one of which was the real fear that the island would be invaded by colonial forces and racial slavery would be re-established. Indeed, at the 1814-15 Congress of Vienna, petitions were circulated arguing for the invasion of island by colonial powers.

The revolutionary army quickly became an elite and opened a new political terrain in Haiti. The state separated itself from ex-slaves and there emerged two forms of sovereignty: a formal state sovereignty with all the ritual paraphernalia of the nation-state, and another form of sovereignty, in which the ordinary people lived their lives, a kind of Maroon sovereignty. The Haitian writer Jean Casimir has described this situation as an “ independent state without a sovereign people”. From as early as the 1840s, a mere generation after political independence, there emerged a political formation calling itself an “army of sufferers”, led by Jean-Jacques Acaau. They demanded “Rights, Equality and Liberty”. Today it is known as part of what was called in 1868 the Piquet Movement. it is interesting to note that some observers at the time called it a “black socialist” movement.

The movement was unsuccessful and the Haitian state continued on its path of separation from the mass of the population with many of its members robbing the public coffers.

At the state level there was also conflict between the black elites and the mulattos, a conflict rooted in the French colonial social classificatory system of 128 gradation of colours, and the ways in which mulattos controlled vital sectors of the economy.

When the USA occupied Haiti between 1915 and 1934 as part of its imperial Monroe Doctrine with the Caribbean seen as part of America’s backyard, there was resistance. Its most important figure, the guerrilla leader Charlemagne Péralte, was murdered by the American military . Afterwards the remarkable painting by Philome Obin, The Crucifixion of Charlemagne Péralte, becomes an iconic image in the history of Haitian art.

As the gap between sovereign state and sovereign people widened it generated forms of state violence which for years was the governing political order. In 1957 in the middle of Cold War politics and intense military US intervention in the region and with US and internal military backing, the Duvalier regime was installed. By 1964 Duvalier declared himself president for life.

The late Haitian scholar Michel-Rolph Trouillot once noted that the Duvalier regime distinguished itself by a “new kind of state violence”, breaking all the codes. He observed that it was kind of violence that struck “spatially defined social entities” (cities, villages, communities). This was a total form of state violence where a state of exception was the rule and necropolitics its governing form.

The formation by Duvalier of the Tonton Macoute group as his own secret police of terror added another feature to this new enactment of state violence. In this new constellation no class nor individual was immune. The practices of terror and death were regularised throughout the society. The Duvalier regime marked a nodal point in the life of the Haitian state. Aided and abetted by US and others, this state and its structures continue to mark Haitian society .

In 1986, a popular revolt removed Duvalier’s son and ended nearly 30 years of formal Duvalierism. This popular revolt was an attempt by ordinary Haitians to assert their sovereignty over the Haitian state.

To stop that process, the Haitian military intervened and General Avril only resigned when the protests continued unabated. In 1990 Jean-Bertrand Aristide became president in a massive election victory. Then seen as a figure deeply connected to the poor and with a fragile political movement, Lavalas (meaning flood), Aristide’s tenure as president was marked by a military coup, US intervention to oust the militarists, his forced exile and return. It was an intense period of struggle, of shifting political allegiances, but importantly it was a period in which Lavalas became diminished as a progressive political organisation.

As the jostling for state power between various elite factions continued, two things emerged which are crucial for understanding the recent events. The first are the ways in which elements of the state opened Haiti to narco trafficking. In the late 1990s the Caribbean became a central node in the international circuit of drug cartels. Haiti was no exception, with the difference that if in many Caribbean islands, the drug links were inside communities and led to the formation of “dons”, whereas in Haiti aspects of these links ran through individuals associated with arms of the state.

Allied to this was the illegal trafficking of arms. All this combined to create a situation where questions were asked about some elements of the state and their relationship to international crime.

The second element is linked to the formation of gangs. Here the situation is much more complex. In some communities, the formations of armed groups who now have access to weapons and engage in kidnapping to raise funds is fast becoming a feature of Haitian life. It seems that many political figures have ties to some of these gangs. In other words, the practices of Duvalier’s previous dreaded Tonton Macoute (paramilitary unit) have now morphed into ways in which politicians create links with armed gangs in order to discipline communities.

This specific feature of authoritarian rule emerges in many contexts of fragmented sovereignty where the formal state finds that its reach of rule and legitimacy is under stress. All of this occurs within the context of neoliberal economic policies, which continue to drive Haitian poverty, so that many Haitians live on less than $2 a day.

The rhetoric of some of these gangs speaks in the language of revolution, so for example Jimmy Cherizier, the leader of the confederation of gangs called G9, declared in late June that it was now a revolutionary force “to deliver Haiti from the opposition, the government and the Haitian bourgeoisie”. But since revolution is not an event made simply by arms but with the deep involvement of ordinary people and by their actions, we can be sure for the moment that part of this rhetoric might be due to the falling-out between the murdered president and members of the gang, since part of the late president’s way of ruling was by decree and it has been widely reported that there was the initiating of violence against specific communities.

So even though Moïse was elected he quickly became a participant in the ways in which the Haitian state has practiced rule.

Meanwhile waves of protest continue. Beginning in 2012, there were frequent protests against government corruption forcing the then-Martelly government to resign. In the present period, triggered by the cries of corruption over the $2-billion missing from the PetroCaribe programme, mass protests have turned from marches and activities against corruption to demands of “No to Dictatorship”. With these protests the ordinary Haitian people are seeking to make the Haitian state their sovereign state, not a creature of competing elite.

In many ways this is a struggle about how politics should operate in the modern world. It is about politics not defined as rule over and power but rather politics defined as justice and forms of equality.

A story is told by the leader of the slave revolution, Toussaint L’Overture, about how he was confronted by a group of ex-slaves who demanded equality, not just freedom. Today ordinary Haitians demand not only equality, but forms of democratic sovereignty that will make Haiti anew. The popular response to the murder of Moïse underlines the current strength of this voice.