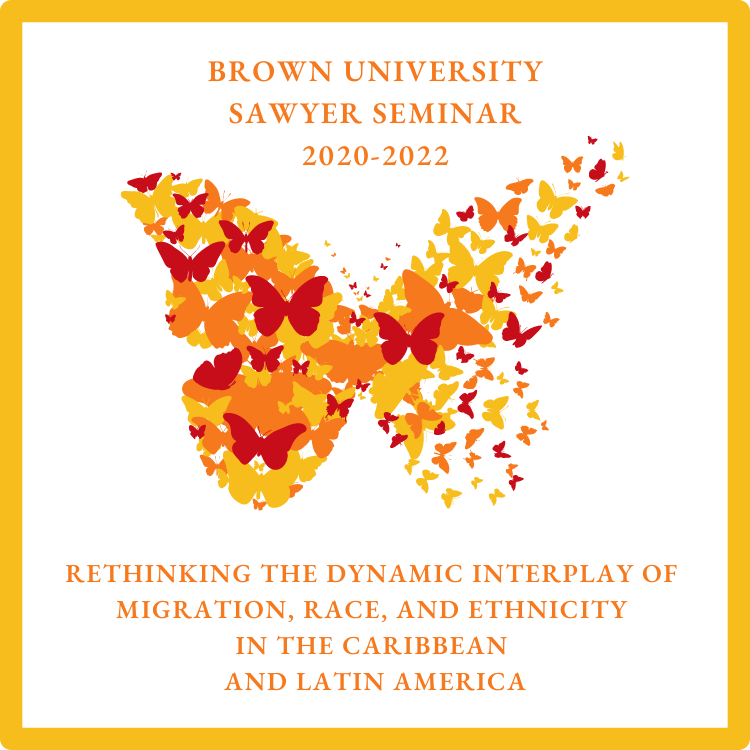 The Center for Latin American and Caribbean Studies, the Center of the Study of Slavery and Justice and the Africana Studies Department Rites and Reason Theatre at Brown University will host its second conference as part of the Mellon Sawyer Seminar, “Histories of Migration and Violence in Latin America and the Caribbean,” which is expected to be hybrid, will be held on Thursday, March 17th and Friday, March 18th, 2022.

This conference explores the nexus between “Migration and Violence” and “Historical and Contemporary Migration in the Caribbean and Latin America,” including Brazil. Neighboring countries are usually the first port of call for migrants fleeing state, gang and interpersonal violence, and civil conflict. These movements, especially when sudden and in unprecedented numbers, can strain state resources and lead to friction with local communities. Migrants in these situations are also too often the victims of violence and subject to exclusion in the countries in which they seek refuge. This thematic focus allows us to explore the limits of various Latin American and Caribbean states’ responses to violent displacement within the region and to examine how these responses might mirror those of other regions and states, such as the US and Europe, or provide alternative models for responding. Furthermore, a study of non-state and non-government responses and ways in which migrants mobilize to help themselves continue the work of the first conference in resisting the arbitrary nature of settler colonial borders. Some sites for exploring these themes include migration among countries in South America and within Central America and along the Central American-Mexican migration corridor. Some examples for exploration include Venezuelan and Haitian migration across Latin America and the Caribbean and transient migration en route to the US which raise questions of the extent to which such migrations have contributed to increased militarization and security of borders. COVID-19, which has led to stricter border controls in both the Caribbean and Latin America, raises questions of how these measures have affected both migrants and citizens of each state.

An exploration of historical forms of migration from Latin America to the Caribbean and vice versa, alongside more contemporary movements provides an opportunity to understand how migration has shaped and is reshaping the region. This is a generally understudied area and we hope that an explicit focus on such movements would help to narrow the gap in scholarship on the two regions by revisiting historical patterns of migration with newer migration flows. Some possible sites for exploring these themes include: the older migration flows from the Hispanic to the English-speaking Caribbean and from the latter to Central and South America, newer migrations such as the growing trade in sex work from the Lusophone to the Anglophone Caribbean, challenges in the migration regime of the Caribbean Single Market and Economy, and contemporary migrations of Latin Americans to the Caribbean such as Brazilians to Guyana, Guatemalans to Belize and Venezuelans to Trinidad and Tobago.

We are soliciting 10-15 minute paper presentations. If interested in the second conference, please complete this Google form by January 10, 2022.