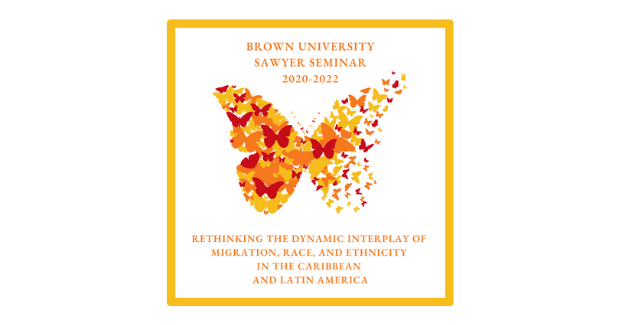 The Center for Latin American and Caribbean Studies, the Center of the Study of Slavery and Justice  and the Africana Studies Department Rites and Reason Theatre at Brown University are hosting two  conferences that explore the intersections of race, ethnicity and indigeneity in intra-Latin American and  Caribbean migration. The first conference, “Migration, Race and Development in Latin America and the  Caribbean,” will be held virtually on Thursday, November 4th and Friday, November 5th, 9:00 am - 6:00 pm. The second conference, “Histories of Migration and Violence in Latin America and the  Caribbean,” which is expected to be hybrid, will be held on Thursday, March 17th and Friday, March  18th, 2022. These conferences are part of the Mellon Sawyer Seminar, “Rethinking the Dynamic  Interplay of Migration, Race, and Ethnicity in the Caribbean and Latin America.”

While many discussions of migration and development focus on immigration from Latin  America and the Caribbean to Europe and North America, millions of people move within countries and  across borders in the region driven by a number of factors, including conflict, militarization, violence,  economic collapse and, increasingly, climate change. Just as historical migration was fundamental in  constructing the contemporary region, contemporary migrations continue to influence the region’s  economic, political and social life. These conferences center intra-Caribbean and intra-Latin American  migration, and in doing so, aim to place contemporary migration patterns in the long history of slavery  and settler colonialism and the racial and ethnic prejudices they generated. We will explore how  migrants’ experiences crossing borders within the region are mediated by race, ethnicity, gender and  social status and how migrants, in turn, challenge the integrity of the border itself.

We explore these patterns of migration through four central themes. These are broad guidelines  and there is flexibility to frame topics outside of these frameworks. Each panel will be interdisciplinary  and will bring together scholars in the humanities and social sciences, activists and organizations  engaged in supporting and advocating for migrants, allowing for timely and relevant conversations about  migration, agency, and racialization. This interdisciplinary approach will allow us to explore both the  policy implications of categorizing immigrants as migrants, immigrants, refugees and/or asylum seekers  and the ideological frameworks that allow such categorizations to apply to some groups of people and  not others.

This conference focuses on the themes “Migration and Development” and “Migration, Race and  Ethnicity.” Exploring the relationship between migration and development allows for two streams of  enquiry, epistemological and experiential. These allow us to explore how perceptions of migrants,  especially as they appear in language, feed into and reinforce distortions around race and ethnicity,  constructing narratives around un/desirable or un/deserving communities. An examination of these  narratives provides insights into the processes by which immigrants are socially constructed and to what  end. The exploration of the nexus between the terms migration and development opens up broader  questions as to who benefits or loses from migration and how we understand these terms. It allows for a  conversation about the more positive role of migration, especially the artistic, activist, social, economic and political contributions of migrant populations to their host countries. Furthermore, the conference’s  focus on disaster-driven migration raises urgent questions about climate change’s role in food insecurity,  water scarcity and changing demand for labor in the region. These rapidly developing environmental  changes have greatly affected migration patterns in Latin America and the Caribbean, particularly when  we consider how citizenship, class, gender and race factor into who gets to flee a disaster and who gets  left behind.

In emphasizing the theme of “Migration, Race and Ethnicity,” we wish to explicitly focus on  how the rise of populist nationalism globally and in the region has given form to old xenophobic tropes  and has re-inscribed racial categories. We also want to foreground migrant peoples’ agency and discuss  how marginalized, racialized communities resist this rising tide of right-wing nationalism, especially in  the context of an emerging anti-racist global movement.

Some sites of exploration could include a discussion of anti-black racism and migration, raising  questions such as: How do definitions of blackness shift when migrants cross borders? How do they stay  the same? What role does anti-blackness play in people’s ability to migrate and move freely both in the  Caribbean and Latin America? What new racial and ethnic formations emerge as people migrate? It also  allows for an explicit focus on Indigeneity and migration, raising broader questions around the  disruptive power of borders and how we might consider migration differently if we reject the settler  colonial logic behind borders.

Conference 2: Histories of Migration and Violence in Latin America and the Caribbean (working  title)

This conference explores the nexus between “Migration and Violence” and “Historical and  Contemporary Migration in the Caribbean and Latin America,” including Brazil. Neighboring countries  are usually the first port of call for migrants fleeing state, gang and interpersonal violence, and civil  conflict. These movements, especially when sudden and in unprecedented numbers, can strain state  resources and lead to friction with local communities. Migrants in these situations are also too often the  victims of violence and subject to exclusion in the countries in which they seek refuge. This thematic  focus allows us to explore the limits of various Latin American and Caribbean states’ responses to  violent displacement within the region and to examine how these responses might mirror those of other  regions and states, such as the US and Europe, or provide alternative models for responding.  Furthermore, a study of non-state and non-government responses and ways in which migrants mobilize  to help themselves continue the work of the first conference in resisting the arbitrary nature of settler  colonial borders. Some sites for exploring these themes include migration among countries in South  America and within Central America and along the Central American-Mexican migration corridor.  Some examples for exploration include Venezuelan and Haitian migration across Latin America and the  Caribbean and transient migration en route to the US which raise questions of the extent to which such  migrations have contributed to increased militarization and security of borders. COVID-19, which has  led to stricter border controls in both the Caribbean and Latin America, raises questions of how these  measures have affected both migrants and citizens of each state.

An exploration of historical forms of migration from Latin America to the Caribbean and vice  versa, alongside more contemporary movements provides an opportunity to understand how migration  has shaped and is reshaping the region. This is a generally understudied area and we hope that an  explicit focus on such movements would help to narrow the gap in scholarship on the two regions by  revisiting historical patterns of migration with newer migration flows. Some possible sites for exploring  these themes include: the older migration flows from the Hispanic to the English-speaking Caribbean  and from the latter to Central and South America, newer migrations such as the growing trade in sex  work from the Lusophone to the Anglophone Caribbean, challenges in the migration regime of the  Caribbean Single Market and Economy, and contemporary migrations of Latin Americans to the  Caribbean such as Brazilians to Guyana, Guatemalans to Belize and Venezuelans to Trinidad and  Tobago.

We are soliciting 10-15 minute paper presentations. If interested in the second conference, please send your presentation title and  an abstract of no more than 150 words to clacs@brown.edu by December 31, 2021.