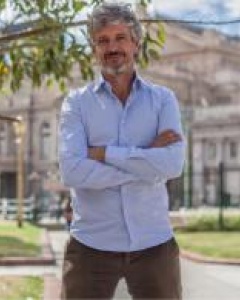 Marcelo Leiras is an Associate Professor and Chair in the Department of Social Sciences, as well as Director of the Master’s Program in Public Administration and Policy at Universidad de San Andrés (Buenos Aires, Argentina). He is also Adjunct Researcher at the National Council for Scientific and Technical Research (Conicet-Argentina). His current work explores the effects of institutionalized political competition on the stability of governments and the political involvement of social elites. His research interests include democratic institutions, theories of democracy and democratization, constitutional politics, political parties and electoral behavior, federalism and multilevel governance, and Latin American politics. His work has appeared in the Journal of Politics and World Development. Recently he co-edited a volume of essays with Daniel Brinks and Scott Mainwaring: Reflections on uneven democracies: The legacy of Guillermo O’Donnell. Baltimore: Johns Hopkins University Press.