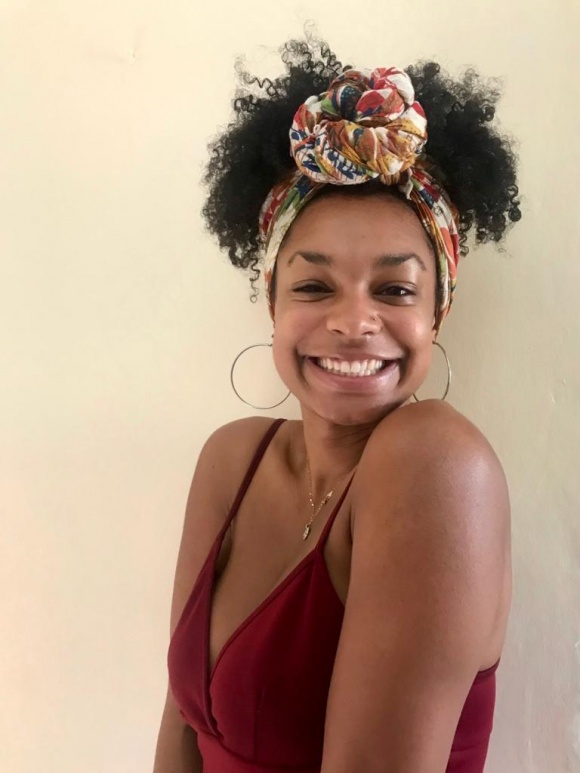 Ella Satish '20 is a senior concentrating in Latin American and Caribbean Studies. She is part of Brown's Program in Liberal Medical Education (PLME) and is finishing her research studying the Cuban maternal healthcare system and how it can be implemented in the United States, in an effort to minimize the disparities in care for Black mothers.

What is the topic of your research and what was your inspiration for choosing it? My research is my honors thesis in LACA and it’s an analysis of the Cuban maternal child care program, which is a sector of the public health system, as a model for improving care outcomes and reducing disparities and care for Black mothers in the US. My inspiration for choosing it came from my interest in women’s health, and when I was abroad in Cuba I took a salud publica class, and my final project was on maternal mortality disparities in Cuba, and it opened the gateway for my thesis. When I got back, the Harvard School of Public Health released an article that talked about Black maternal health disparities and this term called 'weathering,' which is literally the physiological effect of racism on Black women’s bodies and how it affects their birth outcomes. I also didn’t leave my house cause I was so cold when I came back, so I did a bunch of reading and it kind of came together in itself. I knew I was interested in the Spanish speaking Caribbean and Cuba cause I went there, but I also felt like I didn’t have the authority to do a whole research project on it, because I’m not familially related to the Spanish-speaking Caribbean, and I’m not an expert and I don’t want to claim to be, but using it as a model for something that I am passionate about and related to in the US was a better way for me to do engaged research

How did being an Undergrad Research Fellow support your research? My whole thesis relies heavily on ethnographic fieldwork, like interviews and observations, because with Cuba a lot of stuff can be written and the theory will be there but how it works out sociologically and in practice is super different sometimes, so it was absolutely necessary to my thesis to be able to go there and the money helped me do that. I don’t really like the fact that academic work is sometimes just all theory and not enough engagement. When I went there I had a plan that was more physician and provider and clinician based -in terms of the interviews- but then because of the restrictions I had from the Ministry of Public Health, it turned into more patient-based, which I actually found aligned more with my values and what I was trying to do with the thesis, so that was cool.

What has been the most memorable part of your work so far? Every part of it has been better than the last. I think because I started it so long ago, like January 2019, or 2018 if we're thinking about when I was in Cuba, I had this thing in my head of what I thought it was gonna be because -this requires some background- Black maternal health activists have been doing things that center on holistic care, support of patients, community-based care and collaboration between medical providers and stuff that’s also the basis of Cuban medicine and I knew this in my head. I put together this idea for my thesis which made sense when I first developed it, but then when I started working on it and doing research, I was worried that it didn’t make sense or I had pulled something out of nothing or doing that thing where people don't know what they’re talking and say that they do, or haven't engaged with the work that communities have already done. I went from my first chapter, which is the analysis of the program, to my third chapter, which is based in the US and what Black maternal health activists are doing now, and I saw my ideas actually made sense and I realized that I was really on a track that made sense and that was really great.

Do you have plans to continue your research/work after graduation? If not, how do you feel about being finished or almost finished with your project? I do have plans to continue after graduation but I don’t know if it will be directly related to the actual topic of my thesis. I’m gonna be working with black maternal health and maternal health, whether that’s primary care focusing on women’s health or as an OBGYN or partnerships and foreign collaboration cause I don’t think the US does that enough. I feel like we can learn from so many people but we just pretend we’re on the top, and we’re not, we’re close to the bottom, at least for developed countries, so I think that’s something I’m gonna continue to engage with forever. With my actual thesis being over, the thing is that it doesn’t really ever feel like work; sometimes it's just like, ugh, I have so many other things going on, I just want to sit down and work on my thesis cause I enjoy it, so I don’t know how I’m gonna feel when it’s over. It’s gonna be wild because then I’ll just have two classes left and I don’t know how I’m gonna be engaging with the topic after that time, but I think now that I’ve been exposed to the Providence organizations I’ll start being a part of those more. There’s such a disconnect from the Hill and what’s going on down there so I’m excited to see where that takes me, and I know I’m gonna continue doing the work that I’ve been doing with it, just in a different way.

Ella has recently received a Fullbright English Teaching Assistant (ETA) Award in Colombia for the year 2020-2021. She has also been elected an "Exceptional Student" by the Brown Alumni Magazine in their annual issue of the "Exceptional Magazine," in addition to being one of their committee's 7 honorees.