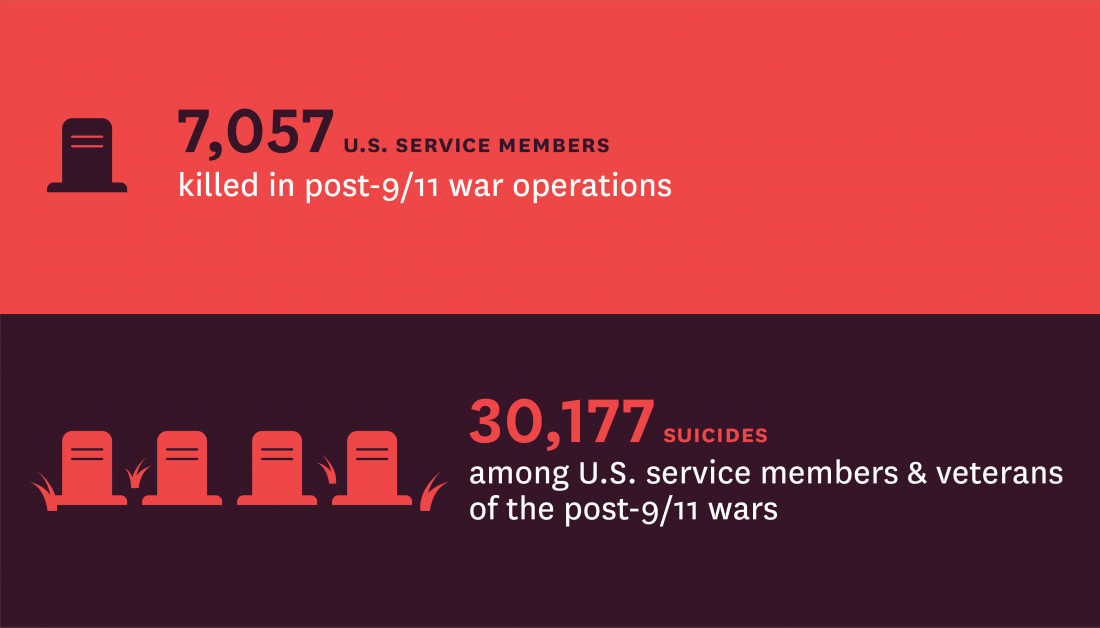 The number of United States troops who have died fighting the wars in Iraq and Afghanistan had passed 7,000 at the end of 2019. Approximately 177,000 national military and police from Afghanistan, Pakistan, Iraqi, and Syria allies have died. Western allies have also borne high human costs.

They died in a host of ways. The causes of death include rocket-propelled grenade fire and the improvised explosive devices that have been responsible for roughly half of all deaths and injuries in Iraq and Afghanistan. Their deaths were also the result of vehicle crashes, electrocutions, heatstroke, friendly fire, and suicides in theater.

Official Pentagon numbers do not include the many troops who return home and kill themselves as a result of psychological wounds such as PTSD. Over 30,177 service members and veterans of the post-9/11 wars have committed suicide -- over four times as many as have died in combat. The VA could be doing more to address this mental health crisis.

The military operations in Iraq and Afghanistan have also produced fatalities among large numbers of private contract workers. A full and accurate accounting of contractor deaths has not yet been done by the Pentagon. Over 8,000 contractors working for the U.S. have been killed in the two war zones. This number is an estimate: the majority of U.S. contractors are the citizens of other countries, many of whose deaths appear not to have been reported.