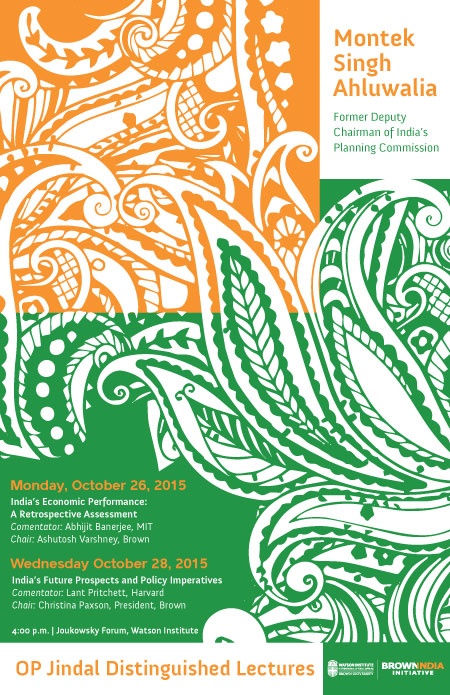 Sponsored by the Center for Contemporary South Asia

Montek Singh Ahluwalia has served as a high-level government official in India, as well as with the IMF and the World Bank. He has been a key figure in India’s economic reforms since the mid-1980s. Most recently, Mr. Ahluwalia was Deputy Chairman of the Planning Commission of India from July 2004 till May 2014. In addition to this Cabinet level position, Mr. Ahluwalia was a Special Invitee to the Cabinet and several Cabinet Committees. In 2011, he was awarded the prestigious “Padma Vibhushan”, India’s second highest civilian honor, by President of India for his outstanding contribution to economic policy and public service.