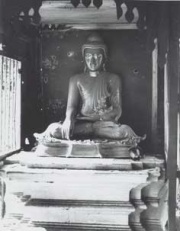 Digital South Asia Library of the University of Chicago has a large collectiono f online resources for those interested in South Asia, ranging from photographs, to maps, statistics from the colonial period through today, bibliographies, and a range of journals, books, and digital dictionaries. 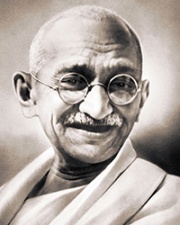 The Collected Works of Mahatma Gandhi

Available from the Brown University website as a single downloadable file.

The Haffenreffer Museum of Anthropology holds an impressive collection of archeological, ethnographic, textual, and photographic items. Of these, there are 332 objects from India, comprised mostly of religious items, some musical instruments, textiles, and household objects, such as pottery.

The University's library offers extensive Indian census data. Its collection goes back to 1872, with the latest 2001 census uploaded in an easy to use database in the Data Center at the Rockefeller Library. Variables such as caste can be researched down to the district level. Micro-samples are available for various years as well. Search in the Josiah online catalog under the heading "India - Census" to see all of the Library's holdings.

IndiaStat hosts a collection of data and statistics on topics ranging from population, health, education, agriculture, industrial production, as well as on sectors such as housing and energy.

The Minassian Collection of Persian, Mughal, and Indian Miniature Paintings

“Near East” antiquities, many from India, make up this collection – part of which can be viewed online as a Brown University Library Digital Collection. A bequest of Adrienne Minassian, the collection dates from the 8th through 18th centuries and pays particular importance to the historical exchange between Persia and India. 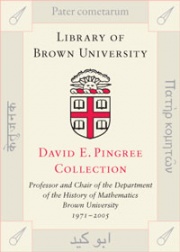 This collection, acquired by Brown University Library in 2007, focuses on the study of mathematics and exact sciences in the ancient world, especially India, and the relationship of Eastern mathematics to the development of mathematics and related disciplines in the West. The collection contains some 22,000 volumes and a number of other publications and manuscripts. The holdings consist of both antiquarian and recent materials published in Sanskrit, Arabic, Hindi, and Western languages as well as microfilm and photocopies of manuscript material from around the world, much of which is now lost in its original format. The late David E. Pingree was an internationally renowned historian of the exact sciences in antiquity, a member of the Brown faculty from 1971 to 2005, and chair of Brown’s Department of History of Mathematics. Read the original news release about the Pingree collection. 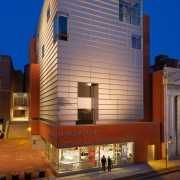 The Asian Collection of the RISD Museum includes a small but rich holding of over 100 South Asian pieces from periods ranging from the 12th century to the late 19th century. Largely from India, the objects come from both Northern and Southern regions of the country and represent the work of artists from Rajasthan to Bengal to Kerala. A variety of mediums are represented in the collection, which has a particularly strong core group of Mughal objects. Other themes represented well by the collection include Hinduism, early Buddhism, contact with the British Empire, and particularly drawings and paper.

The Costume and Textile Collection of the RISD Museum possesses approximately 400 pieces from South Asia – many from the regions of Rajasthan, Sind, and Kachchh. The collection includes almost 40 saris, many of which were showcased in a special exhibition in 2005 titled “The Splendid Sari.”