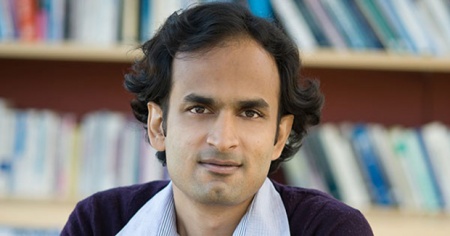 Bhrigupati Singh has published numerous articles on issues of religion, politics, media, and popular culture, in journals including Cultural Anthropology, American Ethnologist, and Contributions to Indian Sociology. His recent book, titled Poverty and the Quest for Life: Spiritual and Material Striving in Contemporary Rural India (University of Chicago Press, 2015), was awarded the Joseph W. Elder Prize in the Indian Social Sciences. He is the co-editor of The Ground Between: Anthropological Engagements with Philosophy (Duke University Press, 2014), and serves as an associate editor of HAU: Journal of Ethnographic Theory.

In Theory from the South with Bhrigupati Singh, entitled Conversations Between Anthropology and Philosophy, we will be reading his essay "How concepts make the world look different," and an essay by Veena Das, "Anthropology and Wittigenstein." For readings, please contact Vazira Zamindar at vfyz@brown.edu