Lawrence Liang ─ Just and Not Just Animals: The Legal Challenge of Animals in Contemporary Cases in India 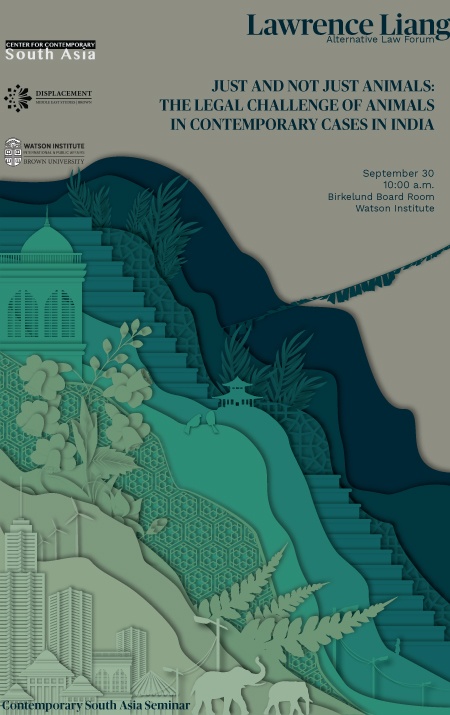 The legal status of animals has materialized as one of the severely contested sites for questions of law, culture and politics in India. In 2014 the supreme court in a controversial decision outlawed the traditional practice of bull fighting Jallikattu on the grounds of prevention of cruelty to animals even as two years later it refused to intervene in legal policies changing the status of certain animals to vermin to enable their culling. In the past few months the question of vigilante violence in the name of cow protection has arisen dramatically including several cases of lynching of alleged ‘cattle smugglers’. In this talk I will to make sense of how the juridical language of ‘rights’ -whether human, animal or cultural - navigates between these vastly differing political terrains and how the animal in law opens up contradictory possibilities for thinking about a jurisprudence of cruelty and care.

Lawrence Liang is a lawyer and writer at the Alternative Law Forum, which he co-founded in 2000. Based in Bangalore, India, Liang is known for his legal campaigns on issues of public concern. He is also completing a book on law, justice and cinema in India. Liang is doing a PhD on the idea of cinematic justice at JNU, Delhi.