OP Jindal Distinguished Lecture by Pratap Mehta ─ Metaphysics of Avoidance: Self and History in Aurobindo 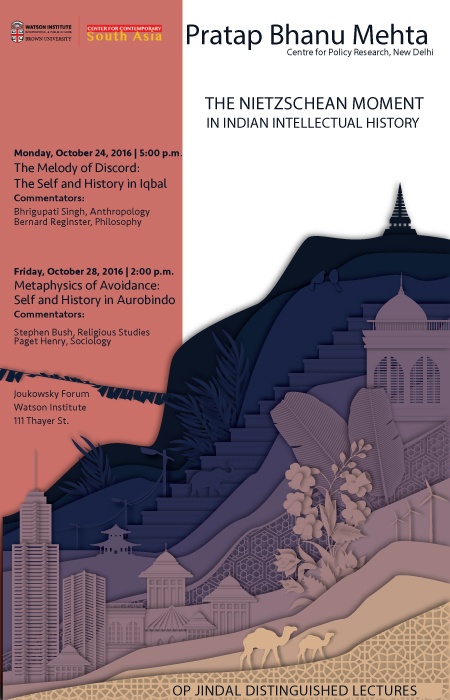 This OP Jindal Distinguished Lecture Series by Pratap Bhanu Mehta is titled, "The Nietzschean Moment in Indian Intellectual History."  This is the second lecture in a the two part series and is titled, "Metaphysics of Avoidance: Self and History in Aurobindo."  A video recording of the first lecture will be available after the first talk, "The Melody of Discord: The Self and History in Iqbal."