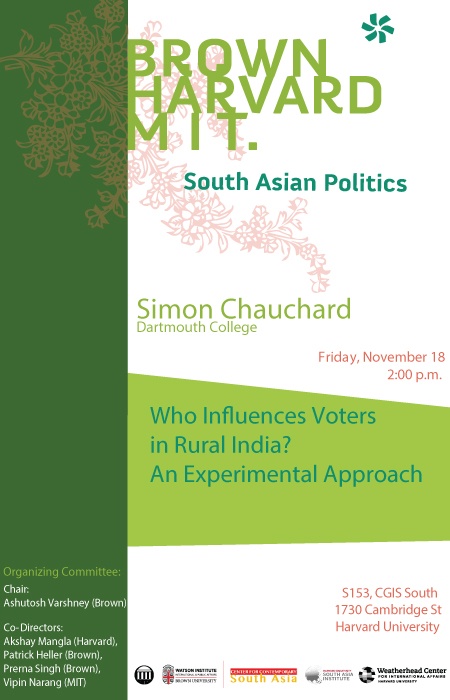 Simon Chauchard is an Assistant Professor in the Government Department at Dartmouth College, and a faculty affiliate in the Asia and Middle Eastern Studies program. Chauchard received his Ph.D. in 2011 from NYU.