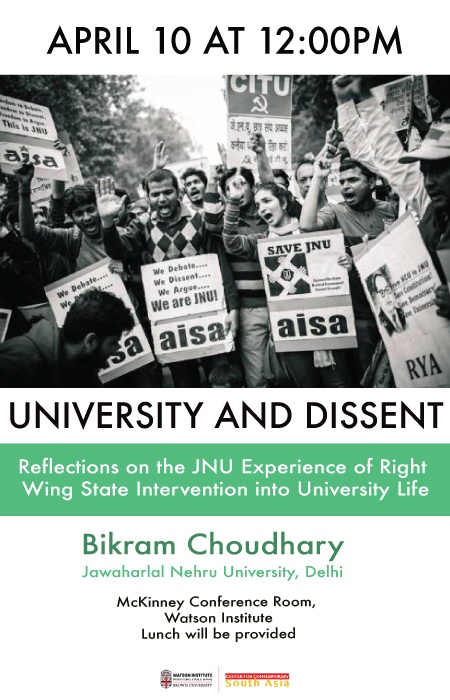 Bikramaditya K Choudhary is Assistant Professor at Centre for the Study of Regional Development, School of Social Science, Jawaharlal Nehru University. He has been teaching courses on Urban and Regional Development. Other core area of research is Health Geography the sub-field in which he completed PhD from Jawaharlal Nehru University in 2006 on the topic of the Political Ecology of Disease, which was later on published as a book. He has written extensively on health and disease, waste-pickers and urban dynamics. Currently, he is working on two projects in the city of Varanasi, India on the themes of ‘urban segregation’ and ‘space and performance’.

He was the secretary of JNU Teacher’s Association during 2016-17, a time when the institution came under attack from different quarters in the form of student arrests and other crackdowns, some of which continue into the present. He has been a key voice among the faculty, in the movement to ensure that the university retains its freedom to discuss and debate whatsoever issue individual student and teacher find appropriate without fear of intimidation.