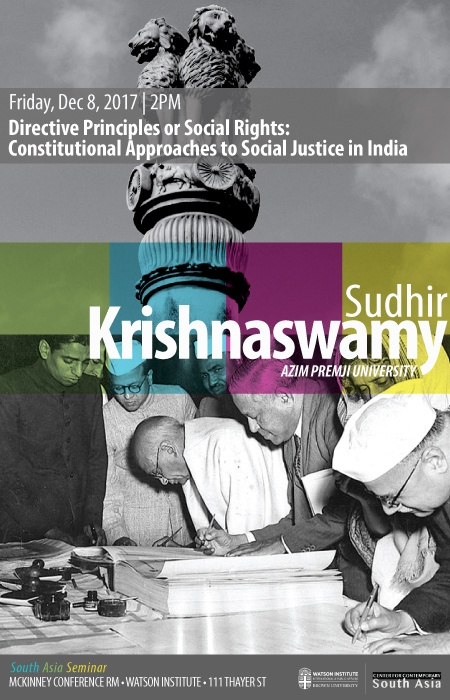 Sudhir Krishnaswamy is a co-founder of CLPR, and a partner at Ashira Law. He is currently a faculty member at the Azim Premji University. He was also the Dr. B.R. Ambedkar Visiting Professor of Indian Constitutional Law at Columbia Law School.  His main areas of interest are constitutional law, legal education, legal theory, intellectual property law and administrative law.

He graduated from the National Law School of India University (NLSIU), Bangalore (B.A. LL.B). He read the BCL and obtained a D.Phil. from Oxford University. He has been a Teaching Fellow in Law at the Pembroke College at Oxford University, an Assistant Professor at NLSIU and a Professor at the West Bengal National University of Juridical Sciences, Kolkata. In the past, Sudhir has also worked in the Prime Minister’s Committee on Infrastructure and the Kasturirangan Committee on Governance of Bangalore. He has authored a book titled ‘Democracy and Constitutionalism in India’ which was published by the Oxford University Press in 2009.