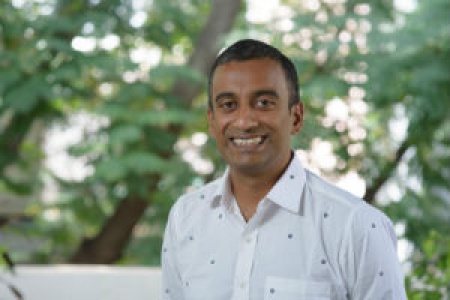 Join Sudhir Krishnaswamy (APU) for a discussion of the initial results of the Azim Premji University (APU) - Centre for the Study of Developing Societies (CSDS) study titled, "Politics and Society Between Elections". The team has prepared a report of the of the first survey conducted in 2016 in the States of Karnataka, Gujarat, Haryana and Odisha, but which is not yet available for circulation.  Background information and the key issues address by the study are included below.

Background
The problems of India’s development and governance are routinely linked to the logic of India’s electoral democracy. As a result, a great deal is known about elections, but paradoxically our knowledge of politics and society between elections is relatively underdeveloped. As much as anything else, development and governance outcomes are shaped by how the government functions between elections; including how it relates to citizens on a regular basis, how it provides routine public services to them, and how public order is maintained. Further, governance process are nested in the social and political relationships between citizens inter se and with government functionaries.
The Key Issues

Substantively, the following sorts of issues, directly addressing governance, development and public policy, are of great relevance here. An illustrative list of enquiries is set out below:

(a) Delivery of public services and public order: What communities receive what sorts of public services (for example, education, health and sanitation, power, transport, irrigation)? What are the mechanisms that promote or hinder service delivery? In what ways are services unevenly distributed across space? What roles do political agents and/or community engagement play in service delivery? What strategies do citizens deploy to engage with the state? What are the state-level and urban-rural variations?

(d) Citizen perception of state Institutions: How do citizens perceive state institutions and their capacity to govern? Does this vary by social category? To what extent do citizens trust the (a) legislature (b) executive (c) judiciary (d) bureaucracy and (e) police (f) army? Do citizens relate to parts of the state machinery – different departments and across hierarchies – differently? Is there a State level or urban-rural variation in perceptions? These questions are centrally related to the legitimacy of the state and the citizens’ sense of belonging.

(e) Economic process and governance: How is economic regulation by the state experienced by citizens? Do traders, hawkers, and street vendors face harassment, by whom and of what kind? How do citizens secure building and business approvals from the state? What are citizen attitudes toward taxation? Are there varying levels of corruption in government-business and farmer-government interface in different States? Which States are better and how? How do citizens relate to global economic networks? How do they understand the impact of global forces on their lives? Does this vary from State to State and city to city? What are the emerging forms of governance as previously agricultural labour shifts to industry? In what ways do economic communities engage with the state?