Sudipta Kaviraj ─ Must we say what we don't mean? On the language of Indian social science 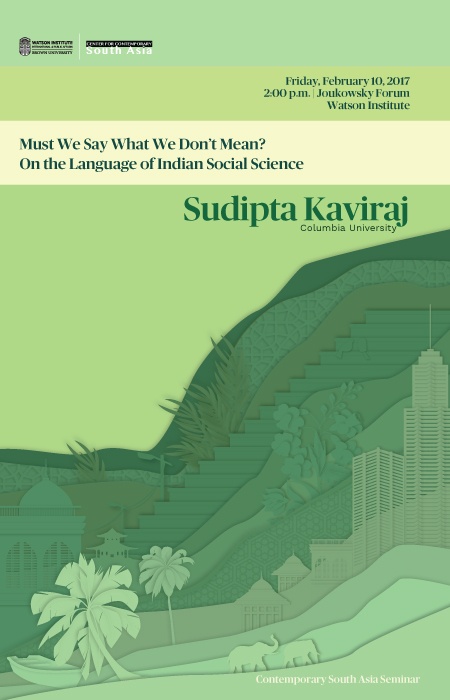 Sudipta Kaviraj is Professor of Indian Politics and Intellectual History at Columbia University. He works on two fields of intellectual history - Indian social and political thought in the 19th and 20th centuries and modern Indian literature and cultural production. His other fields of interest and research include the historical sociology of the Indian state, and some aspects of Western social theory. He received his Ph.D. from Jawaharlal Nehru University, New Delhi. Prior to joining Columbia University, he taught at the Department of Political Studies at the School of Oriental and African Studies, University of London. He has also taught Political Science at JNU, and was an Agatha Harrison Fellow at St. Antony's College, Oxford. He is a member of the Subaltern Studies Collective.

Kaviraj’s books include The Imaginary Institution of India (2010); Civil Society: History and Possibilities co-edited with Sunil Khilnani (2001); Politics in India (edited) (1999); and The Unhappy Consciousness: Bankimchandra Chattopadhyay and the Formation of Nationalist Discourse in India (1995).