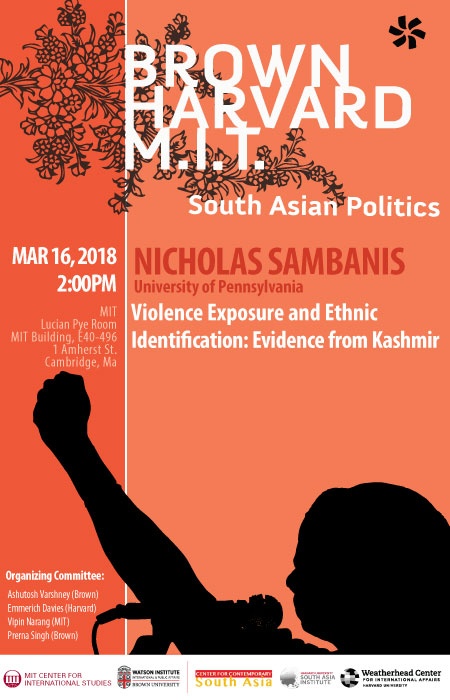 Nicholas Sambanis is a Professor of Political Science at The University of Pennsylvania. His research is focused on civil wars, ethnic conflict, and international relations. His articles have been published in the American Political Science Review, World Politics, The Journal of Conflict Resolution, and other journals. With Paul Collier, he conducted the first large nested research project in the civil war literature, combining quantitative and qualitative research in Understanding Civil War: Evidence and Analysis, two volumes published by the World Bank in 2005. Since 2000, Sambanis has been working on questions of intervention with a focus on peacekeeping and peacebuilding.  Together with Michael Doyle, he published the first analysis of the effectiveness of United Nations peacekeeping operations in an article published in the American Political Science Review in 2000.  Their analysis was expanded in Making War and Building Peace, a book about United Nations peacebuilding, published by Princeton University Press in 2006. Currently, Sambanis is working on projects related to the causes and management of conflicts over self-determination as well as on a book on international relations theory, where he and co-authors are applying insights from social psychological theories of identity formation to explain nation-building and war.