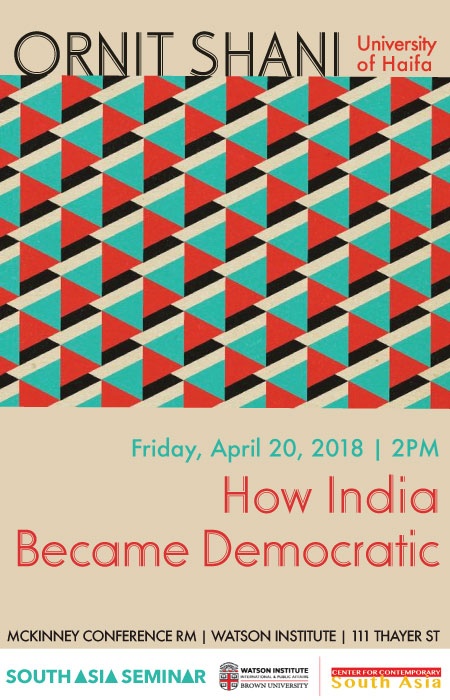 Her new book is How India Became Democratic: Citizenship and the Making of the Universal Franchise, Cambridge University Press (forthcoming). This book uncovers the greatest experiment in democratic history: the creation of the electoral roll and universal adult franchise in India.

Ornit holds an Israeli Science Foundation (ISF) grant for her sequel project: ‘Embedding Democracy: the Social History of India’s First Elections’. Her other areas of research are the rise of Hindu Nationalism, identity and caste politics, communal and caste violence. She is the author of Communalism, Caste, and Hindu Nationalism: The Violence in Gujarat (Cambridge University Press, 2007).