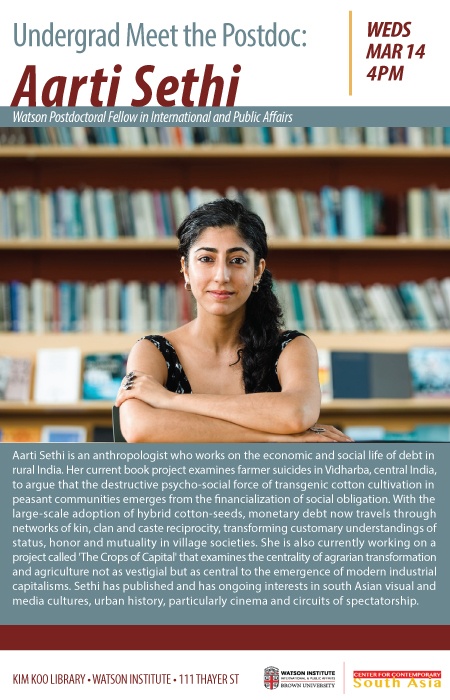 This informal, community building event is an opportunity for undergraduates to get to know and learn from postdoctoral fellows at the Watson Institute.