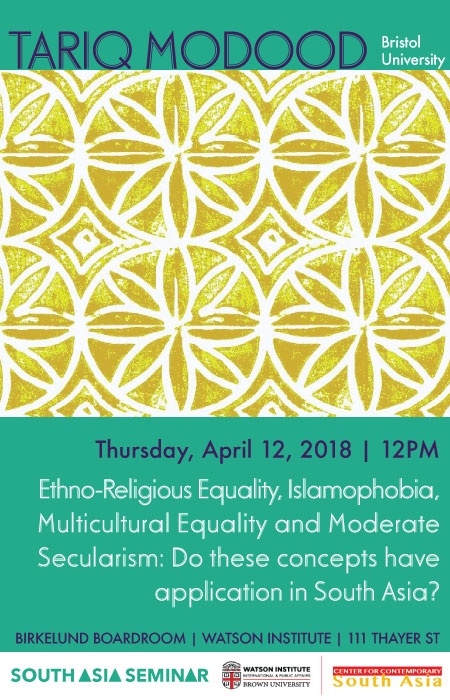 Tariq Modood is the founding Director of the Bristol University Research Centre for the Study of Ethnicity and Citizenship and a Fellow of the Brittish Acadamy. Tariq has held over 40 grants and consultancies (UK, European and US), have over 35 (co-)authored and (co-)edited books and reports and over 250 articles or chapters in political philosophy, sociology and public policy. He was a Robert Schuman Fellow at the European University Institute for part of 2013-15, a ‘Thinker in Residence’ at the Royal Academy of Flanders, Brussels in 2017 and currently is a Visiting Fellow, Cumberland Lodge, Windsor (2017-2020).

Tariq is highly committed to public engagement and is a regular contributor to media and policy debates.  His work is frequently cited by policy-makers and practioners and on several occasions has influenced policy. He has been Adviser to the Muslim Council of Britain and  have served on the DfES Race, Education and Employment Forum; the Commission on the Future of Multi-Ethnic Britain (1997-2000); the IPPR Commission on National Security (2007-09); the National Equality Panel (2007-10); and the Commission on Religion and Belief in British Public Life (2013-16).