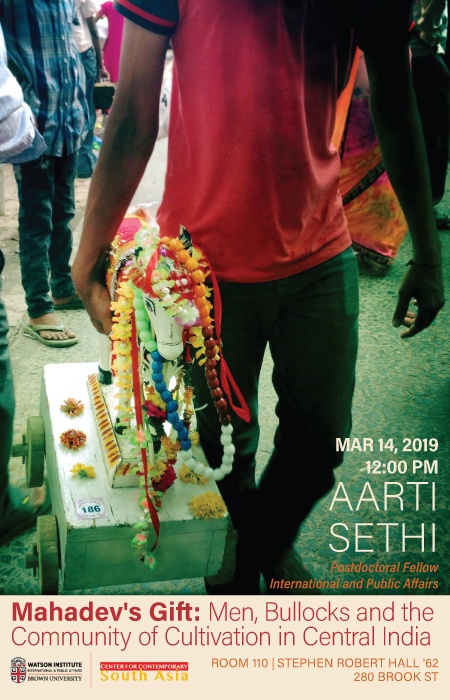 Over 250,000 farmers have committed suicide across India since 1995, the majority of deaths concentrated in central India’s cotton belt. Scholarly consensus views suicides amongst the peasantry as debt-induced responses to monetary debt spirals attendant on transgenic cotton cultivation. Sethi's book project titled, Kapsi Mata — Cotton Fever in Central India, demonstrates that with the emergence of cash-debt as an essential component of the productive process, differentiated interest rates have become the mediumof negotiating social and familial proximity. She ethnographically traces the force of debt as social obligation and the imbrication of modes of production with symbolic cultural life. Sethi earned her PhD from Columbia University and holds an MA in Political Science from the University of Delhi and an MPhil in Cinema and Cultural Studies from Jawaharlal Nehru University. She is a founding member of kafila.online and on the editorial board of New Text, a copyleft academic publishing house based in New Delhi.