Aatish Taseer & Karan Mahajan – The tyranny of place: A conversation 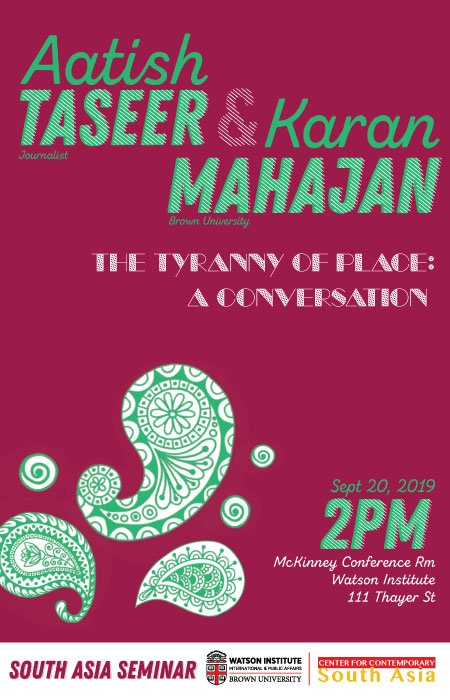 Aatish Taseer was born in 1980. He is the author of the memoir Stranger to History and three acclaimed novels: The Way Things Were, The Temple-Goers and Noon. His work has been translated into more than a dozen languages. He is a contributing writer for The New York Times and is, most recently, the author of The Twice-Born: Life and Death on the Ganges. He lives in New York.

Karan Mahajan is an assistant professor of Literary Arts at Brown University. His first novel, Family Planning (2008), was a finalist for the International Dylan Thomas Prize. His second novel, The Association of Small Bombs (2016), was a finalist for the 2016 National Book Awards, won the 2017 NYPL Young Lions Award and was named one of the "10 Best Books of 2016" by The New York Times. Karan's writing has appeared in The New York Times, Vanity Fair, The New Yorker Online, The New Republic and other venues.