OP Jindal Distinguished Lectures with Raghuram Rajan — India’s Economy: How Did We Get Here and What Can be Done? 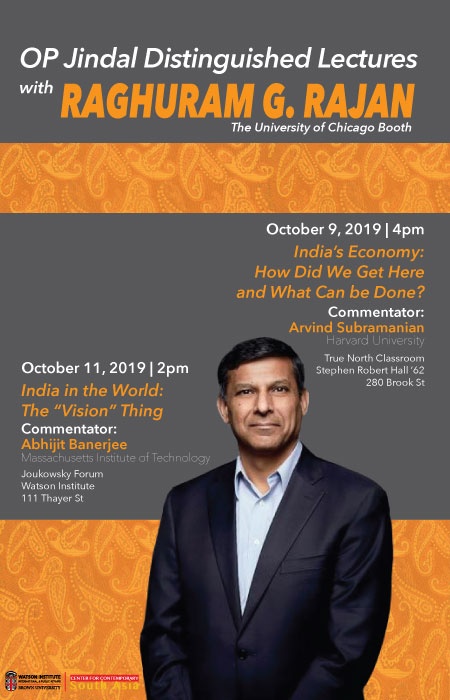 Commentators:
Arvind Subramanian is a visiting lecturer at Harvard’s Kennedy School of Government and non-resident Senior Fellow, Peterson Institute for International Economics (PIIE). He is the former Chief Economic Adviser to the Government of India. Previously, he was the Dennis Weatherstone Senior Fellow at the PIIE, Senior Fellow at the Center for Global Development and Senior Research Professor at Johns Hopkins University. He had served at the International Monetary Fund (IMF) since 1992, most recently as Assistant Director in the research department (2004–07).