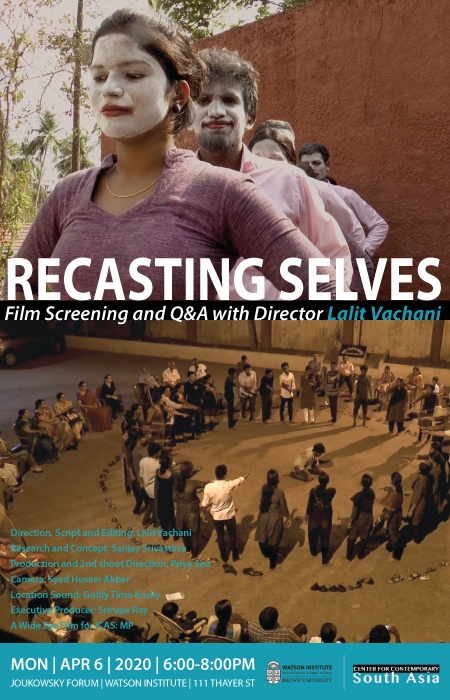 Set at CREST (the Centre for Research and Education for Social Transformation) in Kozhikode, Kerala – the film documents the ‘soft skills’ training of Dalit and Adivasi post-graduate students in a nurturing campus environment as preparation for their employment in the new Indian economy.

As a progressive institution combating caste inequalities, CREST has trained over 1200 students and professionals from marginalized communities in Kerala in sectors where there is no affirmative action or reservation.

Filmed in February and April 2016 – a few months after Rohith Vemula’s suicide in Hyderabad, the students are initially forced to confront their own identity and a history of discrimination in the context of Vemula’s tragic death.

But how politicized or politically aware is the ‘recast self’?

But matters come to a climax when the CREST students research and select the theme of the semester ending play. Will they choose to do a play that exposes caste discrimination around Rohit Vemula’s suicide?Or will they select one that expresses their fears about ‘Bengali’ migration to Kerala?

In this choice of play subject and its ensuing debate, lie signs and markers about power, livelihood and identity politics. And the silence around issues of caste in Kerala…